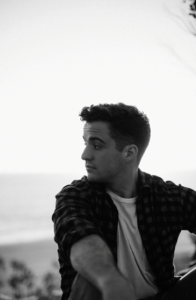 Today, Los Angeles-based singer, songwriter, and musician Stephen Puth releases a new single and music video entitled “Half Gone” via Arista Records. It notably arrives hot on the heels of his debut “Sexual Vibe,” which just crossed 10 million streams and counting and sold out NYC + LA shows supporting Astrid S. Capitalizing on this mounting momentum, the new track tempers an emotionally charged and soulful vocal performance with a delicate rhythm and hummable guitar line. The verses build towards his impressive crooning on the hook, “How can I love when my heart’s half gone?”

Regarding the song, Puth had this to say, “‘Half Gone’ talks about how every time you try to find love you’re always giving a piece of your heart away. Sometimes, others take more and make it difficult to find closure and move on, because part of you missed the old them. Through time you’ll be alright, but sometimes it hurts so bad that literally half your heart feels gone.”

The “Half Gone” music video, directed by acclaimed director and filmmaker Ally Pankiw [Ariana Grande, Janelle Monáe] was shot in Toronto, Ontario and tells this story through a series of vivid vignettes. In the clip, Puth and his leading lady go through the ups and downs of a relationship from moments of intimate bliss to memorable outings to fraying communication. It serves as the perfect cinematic companion to the track.

Late last year, “Sexual Vibe” launched his steady ascent towards stardom. The track was featured in 21x New Music Friday playlists on Spotify and 35x Best of the Week playlists on Apple Music. It then went on to enter the top 15 on Spotify’s Global Viral Chart and the Spotify Viral 50 in 30 countries. Moreover, it received adds on SiriusXM’s Hits 1, Spotify’s “hits of tomorrow” Pop Rising. playlist and Apple Music’s The A-List: Pop. YouTube also named him as a “Trending Artist on the Rise”.

Stephen Puth knows that the most powerful, heartfelt songs in pop-music history are about love. A singer, songwriter, and musician, Puth also writes songs that traffick in affairs of the heart. Growing up, he developed his love for music by immersing himself in classic rock and becoming enamored with legends like Van Morrison, Led Zeppelin, The Beatles, Carly Simon, James Taylor, Otis Redding, and Bill Withers. Classically trained in piano and self-taught on the guitar, he went on to become a songwriter-for hire, having written songs for artists such as The Vamps, Pretty Much, Daniel Skye, Jack & Jack, and Stanaj before deciding to become an artist in his own right. Now as one of Arista Records’ newest signees, Puth hopes to create music that resonates with people. “Most people’s lives consist of waking up, commuting, being at work, commuting, going to the gym, eating dinner, and falling asleep,” he says. “In between, there’s music. I hope my songs give people whatever they need to get through their day.” Puth’s singles “Sexual Vibe” and “Half Gone” are out now while he is putting the finishing touches on his 2019 EP release. 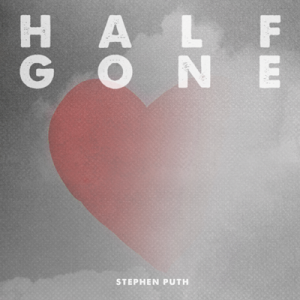