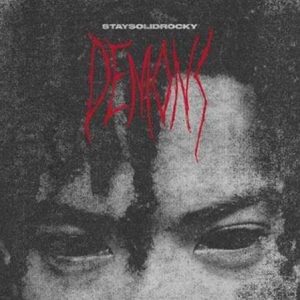 “[Party Girl]” is one of the year’s sneakiest, sweetest pop songs, showing the rapper to be both melodically deft and also lyrically imaginative” – New York Times

Delivering his rhymes through his eerie vocals and fiery intensity, VA’s StaySolidRocky is a natural born spitter. Walking us through his dark and sinister past, Rocky shares “Demons”, his latest video. Produced by Daysix & Gibbo, “Demons” finds Rocky weaving his way through thumping 808s and, as he artfully explains his continuous fight against his dark side: “Looking in the mirror, right at me/and I see scars on him/ He say that the demons coming back/ don’t get involved with them”. In the video, Rocky wonders through an abandoned trap house shifting between shots of Rocky in a room full of white mannequins and hanging in the haunting hallways with his crew as they prepare for battle.