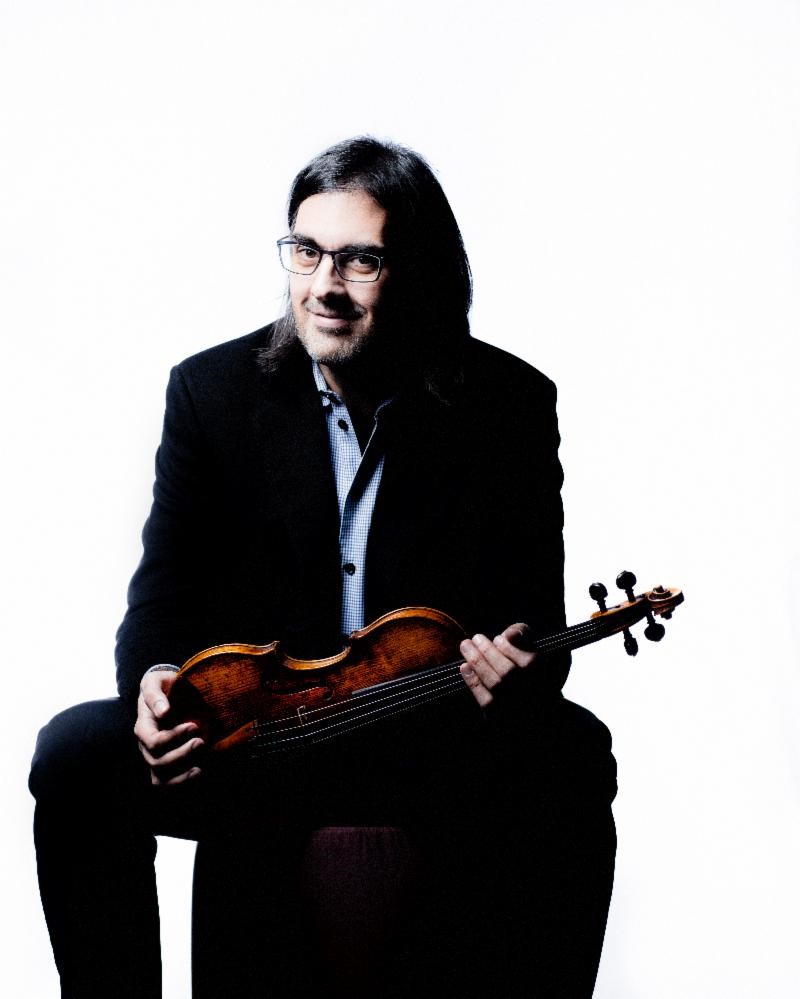 Leonidas Kavakos, recognised as one of the world’s greatest violinists has signed an exclusive contract with Sony Classical. This signifies a welcome return to Sony Classical as Kavakos previously recorded the Mendelssohn Violin Concerto, and Mozart’s Violin Concertos, conducting and playing with Camerata Salzburg.  Recently, Kavakos joined Yo-Yo Ma and Emmanuel Ax for a highly successful recording of Brahms Trios for the label.  Kavakos’s first solo project with Sony is the Beethoven Violin Concerto which he will play and conduct with the Bavarian Radio Symphony Orchestra.  This will be followed by a project to record the complete Bach Solo Sonatas and Partitas.

Kavakos, born and resident in Athens, is an artist of rare quality, acclaimed for his matchless technique, his captivating artistry and his superb musicianship as well as for the integrity of his playing.  Early in his career three significant prizes helped launch him as a major international star: in 1985 he won the Sibelius Competition and in 1988, he won both the Naumburg and Paganini Competitions.  He now appears with the world’s most celebrated orchestras and conductors, and he is a frequent recitalist in the world’s premier recital halls and festivals.  This season, he has been Artist in Residence at both the Concertgebouw in Amsterdam and the Vienna Musikverein, and in the previous season with the New York Philharmonic.  In the 2018/19 season he will be Artist in Residence with the Bavarian Radio Symphony Orchestra.

Critics delight in finding superlatives to describe Kavakos’s unique artistry.   In a memorable review, The Times wrote,  “I can’t remember when I last heard such a soaring roar of applause in the Barbican Hall. And then slowly, one by one, the audience rose to its feet. This was no diva: this was Leonidas Kavakos at the end of his performance of Sibelius’s Violin Concerto“.

Kavakos is as equally at home with a baton in his hand as with a bow, and has built an strong career as a conductor. In this capacity he has worked with the London Symphony Orchestra, the New York Philharmonic, Boston Symphony and the Chamber Orchestra of Europe among many other ensembles.

Leonidas Kavakos currently plays on one of the world’s superlative instruments, the ‘Willemotte’ Stradivarius of 1734, created when the Master was ninety years old. ‘I was struck by the Willemotte’s electricity and intensity that crowns the underlying darkness.”, Kavakos commented in an interview in The Strad magazine.

Leonidas Kavakos, a peerless artist now at the height of his powers, said of his new relationship with Sony Classical:

“It is very exciting to be returning to Sony Classical for some of the most important and challenging violin repertoire.  After recording music by Mozart, Mendelssohn and Brahms, I turn to Beethoven’s glorious violin concerto and Bach’s Sonatas and Partitas.  Wonderful! In a world and a lifestyle full of visual and acoustical “noise”, recordings provide a very personal and intimate moment of communion with the essence of Music and therefore a way to rediscover oneself. I am delighted to be joining the Sony Classical family in sharing the mission of bringing the music of great Masters to audiences in every corner of the globe.”

“It feels like Leonidas Kavakos is at the height of his astonishing powers today. Very few musicians enjoy their peers’ respect to a similar degree. Looking at the commitments that some of the most important conductors and orchestras have made to Leonidas, it is a great moment to welcome this outstanding artist to Sony Classical.  Our ambition is to produce new reference recordings of the most important violin repertoire with him for many years to come. ”