WATCH THE SLEEK VIDEO FOR “HOLD THAT HEAT” HERE 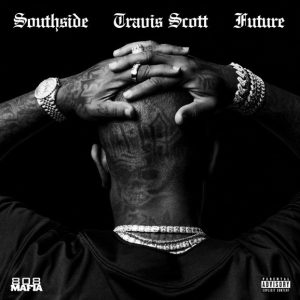 April 21st, 2022 (Los Angeles, CA) – Today, GRAMMY-nominated producer and multi-Platinum Atlanta artist Southside recruits rap superstars Future and Travis Scott for the scorching “Hold That Heat.” Listen HERE. The electrifying track is bolstered by a sleek, shadowy video that finds the 808 Mafia founder and CEO chilling with his A-List collaborators, a pole dancer, and, yes, an alligator on a chain. Watch the video HERE.

Southside’s signature sirens introduce the track, before rumbling 808s and trap hi-hats take over. Travis and Future tackle the chorus together, over a beat that is complex enough to stand on its own, but also leaves room for the MCs to flex their lyrical might. “I got a main bitch but I mingle,” Future spits in his trademark narcotized flow, which Southside has been soundtracking since the two joined forces on DJ Esco’s seminal 2015 mixtape 56 Nights.

With credits ranging from Moneybagg Yo, Drake, and 21 Savage to Pusha T and Young Thug, Southside is one of rap’s most sought-after producers. His most recent project — a full-length collaboration with critically acclaimed Cleveland rapper Doe Boy titled Demons R Us — features a who’s who of featured guests. After a brief hiatus, Southside’s “Hold That Heat” is a reminder that he can flex heavier than anyone else in the production game 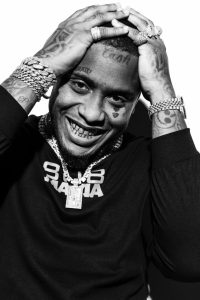 Southside’s production has powered some of the most influential albums, mixtapes, and singles of the past decade. The multiplatinum Atlanta producer and founder and CEO of 808 MAFIA has received 45 platinum certifications, generated billions of streams, and inspired widespread critical acclaim. Among hundreds of songs, his discography includes multiple cuts on Future’s 56 Nights, DS2, Future, and The Wizrd, the mega-collaboration What A Time To Be Alive by Drake and Future, Kanye West’s Life of Pablo, 21 Savage’s Issa Album, Offset’s Father of 4,  Moneybagg Yo’s 2 Heartless, and more. Not to mention, he aligned with G Herbo for the tastemaker-approved Swervo. His impact has also been well-documented by Forbes, Complex, Billboard, and many others. Southside once again pushes the envelope and rap forward by joining forces with Doe Boy for their first collaborative project, Demons R Us, in 2020 led by the single “YESSIRSKI.”