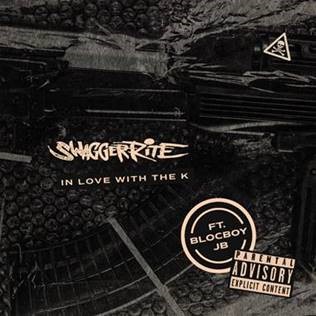 Watch “In Love with the K” Pseudo Video: HERE

Riding a whirring, noisy, lumbering trap beat, Swagger Rite shows off his tempos on “In Love with the K”, alternating clipped bursts of syllables with longer phrases as he addresses individuals disrespecting his team. As the track moves, Swagger Rite’s trance deepens, his voice mutating into a chopped-and-screwed bellow.

Listen to Swagger Rite feat. Blockboy JB “In Love with the K”: HERE

Earlier this year, Swagger Rite shared a video for “In Love With The K” which racked up over 3.2 million views as a WorldStarHipHop exclusive.

Following a stellar set and stand out performance of “In Love With The K“ last week for the “Canadian Showcase” at A3C in Atlanta, one of North America’s biggest and longest running Hip Hop Festivals, Swagger Rite continues to wake up listeners around the world with his dynamic rhymes, verses and fashion forward stance. 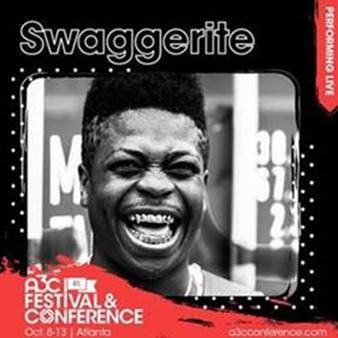 Recently, Swagger Rite took part in an 8 part exclusive digital documentary to air on GEM, CBC’s streaming platform, entitled “The Decade of Drake” where he discusses the artists influence on himself, the city of Toronto and hip hop in general. Swagger Rite is featured on episode 3 of the series titled “Taking Toronto” which airs in November on-line on GEM and on a 1.5-hour CBC television special to air in December.

Swagger Rite performs at BSMT 254 (Landsdowne/Dundas St.W) in Toronto, ON tonight. Look for upcoming Swagger Rite songs, content and performances as he prepares to launch his debut EP later this year.

About Swagger Rite:
Growing up on the West Side of Toronto, Swagger Rite started rapping at the age of 13, finding equal inspiration in technical, old-school rappers like Big Daddy Kane as aggressive trapsters like Waka Flocka Flame and Gucci Mane. In recent years, Swagger Rite began to find his voice, and his fans, on SoundCloud, sharing anthems as diverse as the Caribbean-flavored “Friends” and the mournful “Judah,” which samples XXXTentacion‘s “Jocelyn Flores.” Prior to the NBA Finals, Swagger Rite gained traction with the Toronto Raptors anthem “Finals,” which earned over 200k plays on SoundCloud. “Drop Top” was featured in the third episode of the HBO show “Euphoria” starring Zendaya alongside executive producers Drake and Future the Prince. An American teen drama series, Euphoria premiered on HBO on June 16, 2019.

Getting his first taste of the industry as a dancer in Toronto, Swagger was discovered by well-known music video vanguard, Director X, and was hand selected to dance in Rihanna’s “Pon De Replay” video and various Sean Paul videos.  Growing up near Toronto’s Weston Road (noted on Drake’s “Weston Road Flows”), Swagger Rite saw a life full of dualities; success and heartbreak, hustling and blue-collar work, fame and dead ends. These same dualities envelop his music strongly and allow him to share the complexities of his community. In creating his own music, Swagger has amassed a following of supporters via indie releases on Soundcloud (over 2.5 million combined streams), which includes a notable collaboration with Ski Mask the Slump God and Kid Buu titled “Drop”. Though much of his music is rooted in trap, the self-described 27-year-old “old soul” finds much influence in the Golden era of rap music: Tupac, Bone Thugs-N-Harmony, Method Man, Redman, Cypress Hill, and Big Daddy Kane, to name a few. Swagger Rite will be releasing a new EP filled with trappy, melodic hits and mosh-pit anthems later this year.