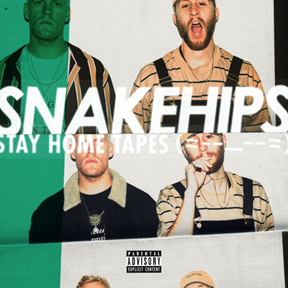 Snakehips have announced the release date for their new EP, Stay Home Tapes, out April 6, 2018. Reminiscent of more old school hip-hop sounds and a nod to their day one fans, the 6-track production embodies the diverse and dynamic nature of Snakehips’ classic sound and precedes the pair’s upcoming Coachella appearance. Leading with “Cruzin” – a beautifully crafted slice of California funk, laced with nostalgic synths. Listen to “Cruzin” here: http://smarturl.it/Cruzin

Serving as a soundtrack to an eclectic three-part mini movie, the story is centered around a middle aged woman named Sue, and her adventures with her friend during a trippy joyride through Los Angeles, before eventually realizing that the outside world is too crazy and they should have stayed home.

Featuring a range of vocalists across the EP, including Jeremih & Aminé (For The F^_^k Of It),  Knox Brown & Chaz French (Deja Vu), Elbee Thrie (iii’m Not Sorry) and Jay Prince (ERA), the EP embodies the duo’s earlier sounds & style.

Having previously collaborated with American rapper Anderson Paak on “Money on Me,” James & Ollie (Snakehips) list acts like Aaliyah and SWV as their musical influences.

“The EP is a bunch of tunes that we made after a crazy few years of touring and travelling the world. We called it ‘Stay Home’ as a kinda jokey way to express all the mad stuff you experience and the bizarre characters you meet along the way, and throughout that trying to stay true to yourself. The video goes with this idea too. It’s a crazy narrative that we cooked up with director Can Evgin based on an Asian woman’s journey through some incredibly trippy shit!”

Now with James residing in the sepia setting of LA, and Ollie based in London, the duo have found sonic inspiration in both their homeland, and the sun-soaked state; with the EP serving as an aural embodiment of their LA/LDN influences. The cross-atlantic duo have recently surpassed 1 Billion streams across all platforms, proving distance has only made them stronger.

The full EP is set for release on April 6. 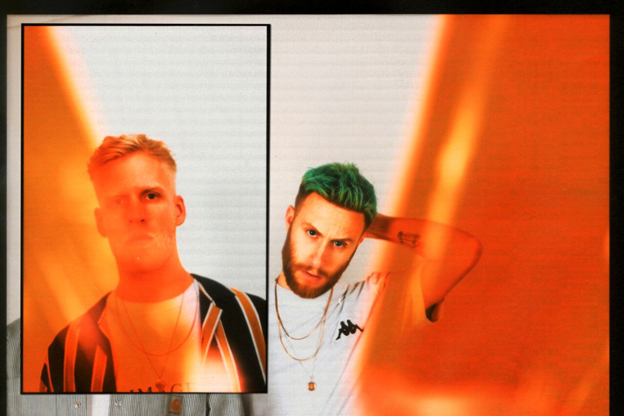