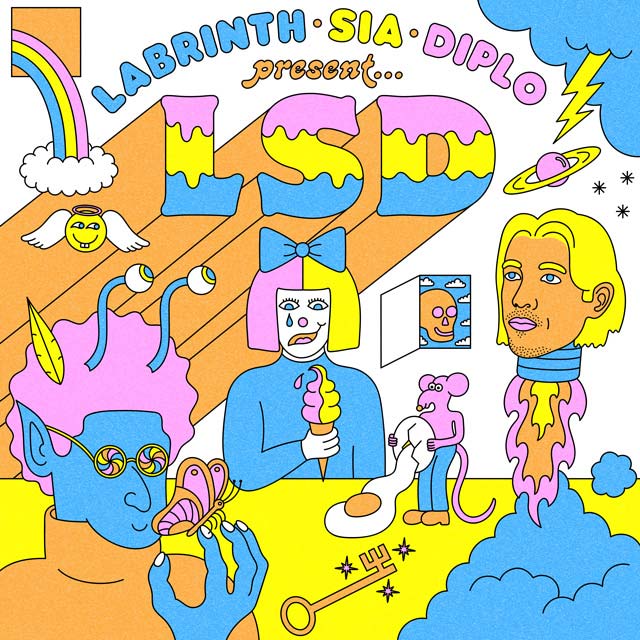 LSD – THE COLLABORATIVE PROJECT OF SIA, DIPLO, AND LABRINTH –

LSD TO PERFORM LIVE FOR THE FIRST TIME EVER, MAKE TV DEBUT ON “ELLEN” APRIL 24

LSD – the collaborative project of Sia, Diplo, and Labrinth – release video for “No New Friends” today. The video directed by Dano Cherny, stars Maddie Ziegler, and features choreography by Ryan Heffington. The group will appear together for the first time ever when they perform “No New Friends” on The Ellen DeGeneres Show on April 24.  Listen to their debut album HERE.

LSD evolved as a natural kinship amongst artists, initiated by songwriters Labrinth and Sia who came together one night to write a song and quickly realized there were many more waiting to be penned. Their undeniable musical chemistry evolved and they were soon joined by Diplo, who rounded out the trio.