DEBUT ALBUM SALT OF THE EARTH OUT NOW 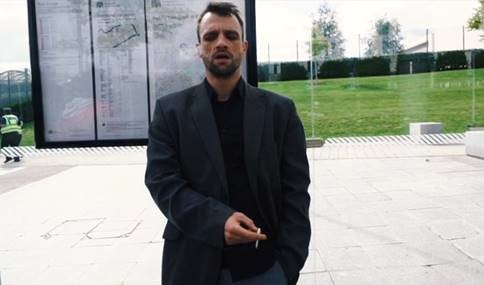 The video for “Frank & Stein” follows a character played by actor Ciarán Griffiths (known for playing Mickey McGuire on the UK show Shameless), and acts as a sequel to the video for the track “Danger,” both of which were filmed in Manchester, United Kingdom, where Shotty Horroh grew up. The videos were directed by Ben Hulston and Delroy Pottinger, and incorporate a central theme of showcasing life as seen through the eyes of those living within a British council estate. The video, which premiered on NME.com today, comes off the heels of the release of his album Salt of the Earth (out October 12, via Sony Music Entertainment Canada Inc.) Stream/download Salt of the Earth now.

On the meaning behind “Frank & Stein,” Shotty details: “Frank & Stein is about stepping out of your comfort zone and doing something you may view as scary or daunting, it’s about conquering fear to get what you want. It was inspired by a man called David Goggins, his story had me in a ‘go for broke, push it to the limits’ mind state. Goggins said he created a more mean, powerful him in his mind which lead to his success, hence the Frankenstein reference.”  “Frank & Stein” was written and recorded in Toronto, Canada, and is the fourth single off Salt of the Earth, following “Danger,” “Dirty Old Town,” and “Shudehill.”

Shotty Horroh performed to a sold-out crowd at the famous Molotow Club in Hamburg, Germany at Reeperbahn festival and fans can check out some behind-the-scenes footage from the show here.

Beginning tonight, he will be joining Canadian duo USS on the Ontario-leg of their BONAVISTA TOUR (ex-London, ON) and will stopping in Ottawa, Kingston, Toronto and more. For a full list of Ontario tour dates, see below, and keep checking back as more Shotty Horroh shows will be added here.

In addition to the live show, fans can catch Shotty on the big screen as he makes his acting debut in the film Vs., ‘a sharp-tongued drama starring Connor Swindells as a troubled teenager trying to make rhyme pay.’ Vs. premiered at the BFI London Film Festival on October 13 and will be in select theatres across the UK as of October 19. Watch the official trailer here.