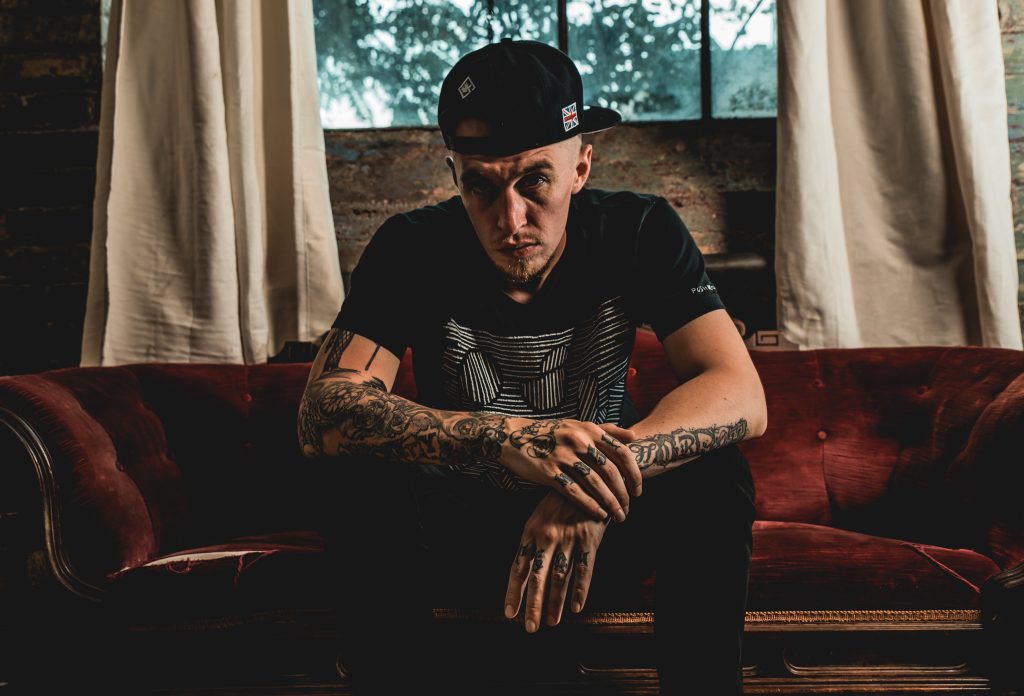 (Toronto, ON – April 11, 2019) – Today, Shotty Horroh premieres his UK tour video for his track “Lanyards” exclusively with Far Out Magazine. The video was filmed over the course of his UK tour back in February of this year, featuring footage from Birmingham, Manchester and London. The clip vividly captures the raw and electric atmosphere fans can expect to see at a Shotty Horroh show. “Lanyards” is featured on his debut album, Salt of the Earth, released via Sony Music Entertainment Canada Inc., and is available on all digital service providers now.

Click HERE to watch the “Lanyards” UK tour video via Far Out Magazine.

After wrapping his first Canadian tour supporting USS in October, Shotty Horroh will be hitting the road again this summer to play a number of headlining shows across Canada. Tickets for these dates go on sale April 12, 2019 @ 10:00 AM local time. Full list of dates below and to purchase tickets, visit shottyhorrohmusic.com.

After emerging as a prominent voice in the battle rap scene in the early days of his career, Shotty Horroh switched gears in 2018 to a new sound in the form of his debut LP, Salt of the Earth. Kicking it off with the first single “Shudehill,” Shotty established himself as an artist to watch as he continued to release passionate and intense political rock. Far Out Magazine speaks highly of “Shudehill” saying “it feels more akin to early-Arctic Monkeys, unrelenting, imposing and powerful, it’s built on his delivery and a crumbling working class.” Whereas, Salt of the Earth has been heralded by Germany’s Stern Magazine in their 5/5 star album review as a testament to “how much power punk and hip-hop can have when they work together” and is praised as “masterfully melded – hip-hop versus indie rock,” by The Record. Both “Shudehill” and “Stay For The Ride” are among the 10 tracks featured on the album, out now.