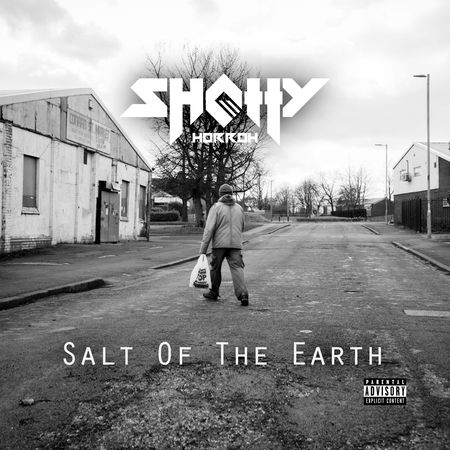 (Toronto, ON – October 12, 2018) – Today, Shotty Horroh releases his debut album Salt of the Earth, via Sony Music Entertainment Canada Inc., which is available for purchase and streaming on all digital service providers now.

On Salt of the Earth, Shotty Horroh, born Adam Rooney, arrives like the fire-breathing love child of Liam Gallagher, Alex Turner and Sid Vicious: spilling the true blood of Manchester’s council estates, snarling at a system built to hold him down atop crunchy, melodic riffs; it’s the sound of a nation — indeed, a world — in crisis, told by its prodigal son. On songs such as “Shudehill,” “Stay For The Ride,” “Danger” and “Dirty Old Town,” Horroh digs deep into the reality and rubbish of modern life: at times passionate, aggressive and intense, others heartbreaking and tender.

Shotty Horroh performed to a sold-out crowd at the famous Molotow Club in Hamburg, Germany at Reeperbahn festival and fans can check out some behind-the-scenes footage from the show here. Later this month, he will be joining Canadian duo USS on the Ontario-leg of their BONAVISTA TOUR (ex-London, ON) and will be hitting up Toronto, Ottawa, Kingston and more. For a full list of Ontario tour dates, see below, and keep checking back as more Shotty Horroh shows to be added here.

In addition to the live show, fans can catch Shotty on the big screen as he makes his acting debut in the film Vs., ‘a sharp-tongued drama starring Connor Swindells as a troubled teenager trying to make rhyme pay.’ Vs. will premiere at the BFI London Film Festival on October 13. Watch the official trailer here and find more details on the screening here.