SHEFF G, THE ONE AND ONLY, RETURNS WITH NEW FIRE SINGLE AND VIDEO, “LIGHTS ON”

SHEFF G, THE ONE AND ONLY, RETURNS WITH NEW FIRE SINGLE AND VIDEO, “LIGHTS ON” 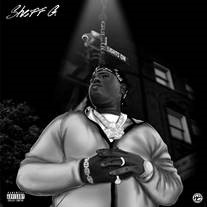 LISTEN TO “LIGHTS ON”

“…undeniable lyrical dexterity and the fact that his vision is focused well-beyond just his current Brooklyn borough.” – Hypebeast

[New York, NY – November 11, 2020]– Sheff G, leader of Brooklyn’s beloved label and crew, Winners Circle Entertainment releases a new Great John produced single, “Lights On.” The video, directed by Sheff G with cinematography by Ryan Lynch flaunts of Sheff’s lifestyle from private jets to stacks of cash and even a cameo made by a goat, reaffirming Sheff’s GOAT-like status. As he plays between a smooth flow and subtle guttural beat, Sheff continues to lead beyond the Brooklyn drill movement.

“Lights on! It’s up! The song is about how we turning up with this music shit. Y’all about to have a lot more new music from me before this year is over,” says Sheff G. 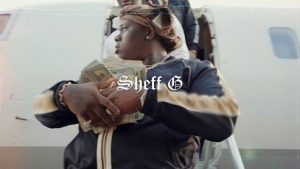 On the heels of the partnership with RCA Record and Winners Circle Entertainment co-led by Sheff G and Sleepy Hallow, the collective are on a mission to create a culture-defining legacy and sound.  Winners Circle kicked off the partnership with a Sleepy Hallow single, “Tip Toe,” featuring Sheff G. The track delivered gritty verses while juxtaposing a playful sample popularized by Tiny Tim’s ukulele driven hit, “Tiptoe Through the Tulips.” 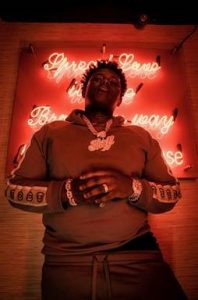 Sheff G had breakout moments over the past two years. He displays a raw style addressing  blunt realities with authenticity. Sheff G’s rise to stardom began in 2016 creating a local hit, “Nightmare,” produced by Great John in his living room. The following year he’d go on to make his breakout hit in “No Suburban” followed by acclaimed 2019 project, The Unluccy Luccy Kid.” Sheff showed no signs of slowing down dropping “No Suburban Pt. 2” which received over 21.2M streams and album, One and Only receiving rave reviews in Pitchfork, Complex and ranked it #21 on its list of 2020’s best albums so far. His last album, Just For Ya’ll garnered over 9.6M streams across all platforms.

Incorporated in 2019, Winners Circle Entertainment includes label co-owner Sheff G, Sleepy Hallow, Eli-Fross and producer Great John, who handles a majority of the label’s music production. Co-owned and operated by a solid management conglomerate which is made up of Jeremy “Jerm” Soto and Karel “White” Jorge.