SEAFORTH HAS A LOT TO “TALK ABOUT”

SEAFORTH HAS A LOT TO “TALK ABOUT” 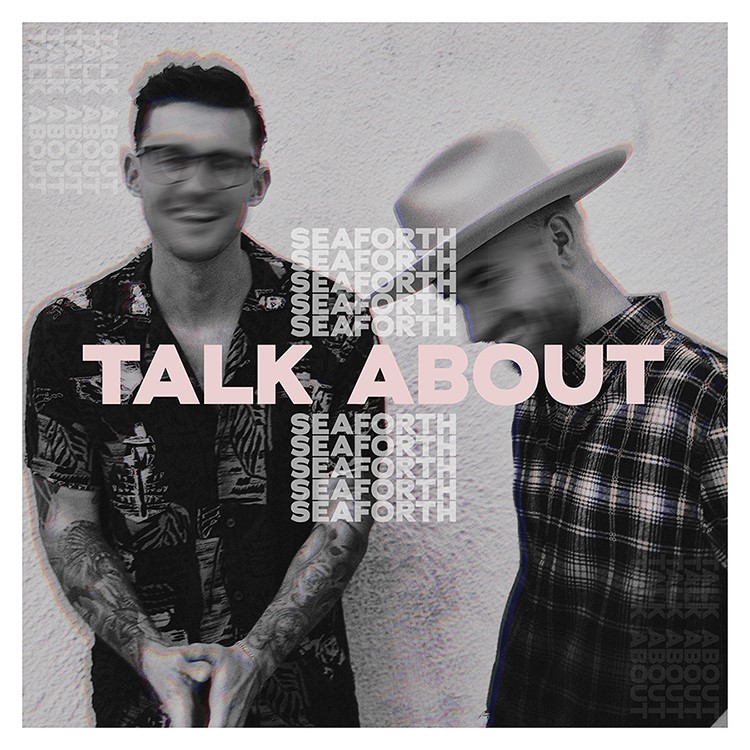 Seaforth (Tom Jordan and Mitch Thompson) reunited with co-writers Jordan Schmidt and Andy Albert – the team behind “Anything She Says,” their hit collaboration with Mitchell Tenpenny – for the bouncy arrangement and signature earworm chorus. Schmidt also served as producer. To celebrate the new release, the duo welcomed Tenpenny to a hilarious (yet fictional) new Instagram talk show “We’ve Got a lot to Talk About.” Watch here.

“Talk About” follows their “uber-romantic” (PopCulture) ballad “Everything Falls for You,” and further demonstrates their “authentic, progressive approach to country music” (Country Sway) following their debut EP Love That, dubbed “the best EP of 2019” (Your Life In A Song).

About Seaforth: Named after the sun-kissed suburb of Sydney, Australia they once called home, award-winning duo Seaforth have developed one of the most recognizable sounds in country music. The 2019 MusicRow Discovery Artist of the Year-nominated band is comprised of lifelong friends Tom Jordan and Mitch Thompson, who, as Seaforth, have shared the stage opening for stars like Keith Urban, Kane Brown, and Brett Young. Shortly after the pair first collaborated as neighbors and former classmates, they began making trips to Nashville, showcasing their progressive country sound. After signing with RCA Nashville and moving to Music City, they’ve proven to be one of country music’s standout acts. Their debut EP, Love That , arrived April 2019, and its title track made waves at country radio before topping Rolling Stone’s Trending 25 chart. The short-player, praised by outlets like MusicRow and Sounds Like Nashville, was followed by “Anything She Says,” the duo’s collaboration with 2X Platinum-selling artist and Sony Music Nashville labelmate Mitchell Tenpenny, which has surpassed 70 million on-demand streams. Recipients of ARPA’s prestigious 2020 Breakthrough Songwriter of the Year-Nashville award, Seaforth is poised to be one of the decade’s most exciting breakthrough duos.