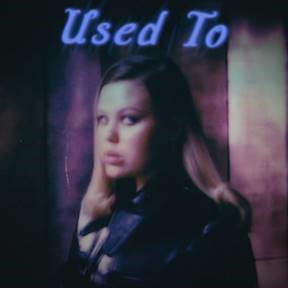 What The Press is Saying About SAYGRACE:

“Impeccable…Here’s to the 22-year-old finally getting the recognition she deserves.” – Idolator

“Bouncing between soulful vocals and spurts of rapping, SAYGRACE gets everything off her chest…the songstress changed her moniker and gained a new sense of self.” – Earmilk

Listen to SAYGRACE’s Interview with NPR’s “All Things Considered”

SAYGRACE today releases the video for her new single “Used To” via RCA Records.  CLICK HERE to watch it now.

SAYGRACE says about her inspiration for the new track: “I was dealing with fuckboys and commitment phobes and as a result developed this kind of tough exterior really tryna protect my heart. Out of nowhere, I found myself falling in love for the first time ever, all mushy in a serious relationship.  I was like ‘wtf this is so weird, how did this happen, how is this real’ and ‘Used To’ is just an expression of all that inner turmoil. The video is representative of that feeling that this is all a dream.”

SAYGRACE has enjoyed over 167 million streams of her hit single “Boys Ain’t Shit” including her original version as well as her collaborations with powerful female artists including Flo Milli, Tate McRae, Audrey Mika and Becky G on new versions of the hit single.  Check those out HERE.

Her debut hit single “Boys Ain’t Shit”  has charted on the Spotify Viral Charts in over 25+ markets around the world including Top 15 Global and Top 5 on the viral charts in the US and Canada.  The single has also been trending on TikTok with over at 1.3 Million + video creations and over 167 million streams globally of the solo version plus collaborations with Tate McRae, Audrey Mika and Becky G. Watch SAYGRACE’s Genius Verified interview HERE.

The Brisbane, Australia born singer/songwriter SAYGRACE made the conscious decision to put the version of herself she wants to be into the world. She created songs that tells girls they don’t have to have it all figured out or succumb to pressure to be something they’re not. That it’s okay to just be yourself. And that it’s okay if you don’t know who that is yet.  SAYGRACE’s “Boys Ain’t Shit” is an anthem for all women who feel like swiping, doing emotional labor, and the interchangeable nature of modern dating is dehumanizing. Her debut EP, The Defining Moments of SAYGRACE: Girlhood, Fuckboys & Situationships, is her manifesto.