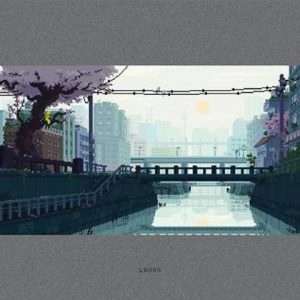 Today, 20-year-old producer/singer Sarcastic Sounds has shared his new song “Laugh.” Listen HERE. The melancholic track is another canon in Sarcastic Sounds’ arsenal of lo-fi hits and is a rare showcase of his own vocals.

In speaking about “Laugh,” Sarcastic Sounds says: “This is a song I wrote in December while I was in LA. I was doing really long, shitty sessions most days, and recorded this little by little when I would get home to the various Airbnbs I was staying at. It’s kinda my usual melancholic breakup vibe, which is basically just my permanent mood. It’s more depressing than it is nostalgic though, and it has a lot more lyrics than usual because it’s me singing.”

Hailing from Toronto, Sarcastic Sounds has a very diverse musical direction that blends lo-fi, hip-hop, alternative, and pop. He has cemented himself as a staple in the lo-fi music scene with over 200M streams and previous hits such as “I Don’t Sleep” and “it’s OK to Cry.” In addition to his solo career, Sarcastic Sounds has carved his place as a young producer after garnering buzz from Battle of the Beat Makers and landing a producer credit on “Mahogany” from Lil Wayne’s album Funeral. He also produced and is featured on label-mate Powfu’s latest single “i’ll come back to you.”