Watch the “Love In A Bar” video here 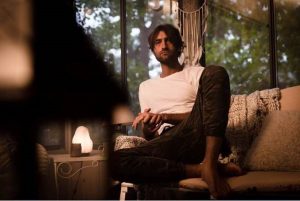 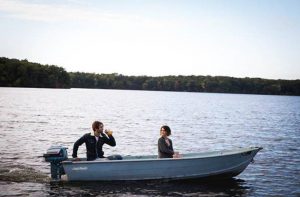 Nashville, Tenn. – Emerging singer/songwriter Ryan Hurd partnered with VEVO and Rolling Stone for the premiere of his personal music video for “Love In Bar” featuring his new fiancé, Maren Morris. Filmed at Hurd’s family lake house in west Michigan where the GRAMMY & CMA-nominated songwriter spent summers growing up, the video offers an intimate, behind-the-scenes glimpse at life off the road for the two country stars who met and fell in love as songwriters in Nashville, Tennessee. Earlier this year on a trip to the lake house, Hurd popped the question to Morris while on a trip out on the canoe boat featured in the music video.

Hurd shared all the details of the video shoot and concept exclusively with Rolling Stone here.

“This video means so much to me because this song is the story of how Maren and I met and fell in love. Returning back to my family’s lake house where Maren and I got engaged was really special. It’s cool to have such a special place, special person and special song all come together in one spot,” shares Hurd. “While the song is our story about falling in love in a bar, I love that we got to make a music video about what happened after that and hope that people can see their own love stories in these moments.”

“Love In A Bar” serves as the lead single from Hurd’s self-titled EP released earlier this year and offers fans a preview of the singer/songwriter’s forthcoming debut album. Heralded as “one to watch” by Pandora, Huffington Post and Billboard, Hurd broke through this year with his debut EP and his non-stop touring schedule delivering his new music live to fans across the country. In 2017, Hurd joined Florida Georgia Line on the 2017 Smooth Tour, Thomas Rhett on his Home Team Tour and Maren Morris on her HERO Tour. After CMA Awards week, Hurd returns to the road with Morris for the European leg of her THE HERO TOUR.