FIRST U.S HEADLINE TOUR TO KICK OFF MAY 14 IN NASHVILLE 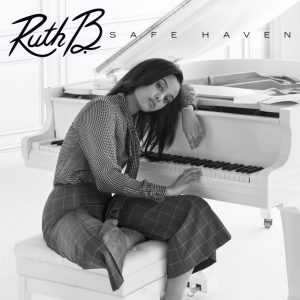 “[‘If This is Love’ is a] soulful, romantic ballad.” – Rolling Stone

Ruth B. will embark on her first U.S. headline tour in support of Safe Haven. Kicking off in Nashville on May 14, the tour includes shows in Boston, Philadelphia, and New York City. See full itinerary below and visit https://www.ruthbofficial.com/ for more information.

Earlier this year, Ruth took home the JUNO Award for Breakthrough Artist of the Year, further cementing her as a top artist of today. Safe Haven showcases Ruth’s incredible songwriting abilities and encompasses various musical influences. Additional songs on the album include “If This is Love,”  “Mixed Signals,” “Dandelions,” “World War 3,” and her breakthrough hit single “Lost Boy,” which peaked in the Top 10 on Nielsen SoundScan Canada’s Digital Songs chart and Top 5 on the iTunes Canada Top Songs chart. “Lost Boy” is certified multi-platinum in the US (2x), Canada (3x), Sweden (3x), the Netherlands (2x), Denmark (2x) and certified Gold in Norway. Ruth’s EP The Intro debuted at No. 1 on the iTunes Singer/Songwriter Album Chart and No. 4 on the U.S. Billboard Heatseekers New Artist Chart.