SHARES NEW SONG AND VIDEO “AS LONG AS YOU CARE” 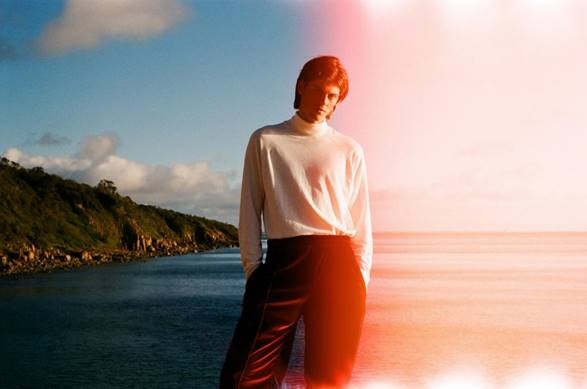 “as long as you care”

Today, Ruel announces his forthcoming EP, Bright Lights, Red Eyes, out October 23rd via RCA Records. Written entirely in Paris, the EP is the third from the Australian artist, following last year’s Free Time, which MTV described as “an accomplished reflection of Ruel’s stated influences, contemporary touchstones, and his own, growing voice.”

Speaking on the inspiration behind the EP, Ruel says: “I want to get across that this project is another step forward in maturity for me. Free Time was a step up from Ready, and this Bright Lights, Red Eyes EP is a step up again. This project was a stream of consciousness when I was writing it at the time, and I feel like that’s the way all projects and songs are for me. They are moments in time. This project isn’t who I am right now as I wrote these songs last year, but it’s the most mature you’ve ever heard me and it was me, in that moment in time. The songs I’m writing now will be more mature again, and I love that my fans can come on this journey with me as I grow.”

Alongside the EP announcement, Ruel is also sharing the first offering from the project “as long as you care,” which arrives with a video directed by Grey Ghost (Jeremy Koren). Additionally, the artist is announcing RuelVision, a 24-hour online television network featuring unique and fun programs starring Ruel, from music and cooking, to news and lifestyle. The ambitious venture is the largest content-driven artist campaign of 2020, and a testament to Ruel’s continual drive to push creative boundaries. The network launches this Monday, September 14th, with on demand access available when you pre-order Bright Lights, Red Eyes.

Following that, Ruel has grand plans for his highly-anticipated debut album. He’s working closely with M-Phazes and THIEF (both of whom have nurtured Ruel since his debut single), ensuring that the full-length will be an organic affair. “It’s a lot more layered, I want each project to have more meaning and purpose,” Ruel says. “I want to reflect on something important in my life, and give across a message that if people are feeling the same way that I am, it’s okay.” It’s hard to believe, but Ruel’s story is just beginning – and the next chapter looks brighter than ever.

Listen to and watch “as long as you care” and pre-order Bright Lights, Red Eyes above and stay tuned for more from Ruel coming soon. 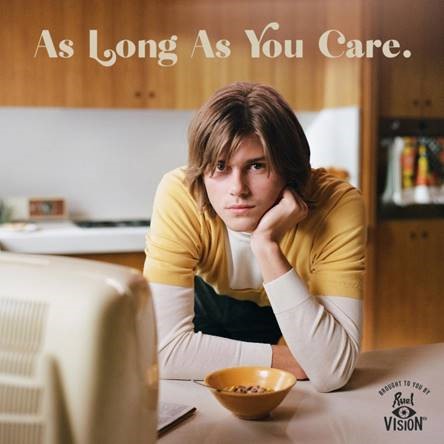 At a young age, Ruel’s resume reads like that of a seasoned global superstar, and the Sydney-bred, London-born vocalist is quickly becoming one of this generation’s most influential artists. With half a billion streams, over 1.4 million followers on Instagram, three sold-out world tours and five Platinum plaques under his belt, Ruel is a trailblazer who’s far exceeded the omnipresent hype and overwhelming fan frenzy that surrounds him globally. Ever since his rustic demos landed in the ears of M-Phazes back in 2015, Ruel’s ascension has been impossible to ignore, as he continues to push boundaries.

Ruel made his official debut in 2017 with “Golden Years” alongside M-Phazes, and just three months later, he became the youngest artist to ever appear on triple j’s Like A Version. His stunning reinterpretation of Jack Garratt’s “Weathered” went viral, an early indication of his cult-like fanbase and runaway success. His next single “Don’t Tell Me” further highlighted his rich vocals and defiant lyricism, catching the attention of Elton John who praised Ruel as “the most amazing voice that I’ve ever heard from a male singer at 14 years of age.”

“Don’t Tell Me” was later certified Gold, and featured on Ruel’s debut EP Ready in 2018. The project earned widespread praise from tastemaker publications including Vogue and NYLON, also producing Platinum singles “Younger” and “Dazed & Confused.” Reflecting on romance, friendship and homesickness, Ready was a display of Ruel’s instantly accessible penmanship, and a formative step in his tight-knit relationship with listeners. Ruel describes it as “a very conceptual, youthful EP. When I wrote it, I was going through the same things as my fans and I think that made it super relatable.”

Ruel was invited to perform alongside world-class talents like Khalid, also becoming the second ever Australian billed performer on Tyler, The Creator’s Camp Flog Gnaw festival. Proving his ability to wow audiences in an eclectic range of environments, Ruel also performed at the Opening Ceremony of the 2018 Commonwealth Games, streaming to 1.4 billion viewers worldwide. Singing on these grandiose stages primed Ruel for his own headline tours: He’s sold out 3 world tours across America, Europe and Australia in a matter of minutes; further evidence of the profound bond he’s established with millions through music.

At the tail end of 2018, Ruel also won the Breakout Artist award at the ARIAs, becoming the youngest artist to do so. He quickly re-emerged in 2019 with single “Painkiller,” which went 2x Platinum before recruiting Denzel Curry on the remix. It served as the first taste of his sophomore EP Free Time, which showed Ruel’s progression as a sophisticated and intricate songwriter. Subsequent singles “Real Thing” and “Face To Face” also went Platinum, while Ruel spent 2019 further solidifying his live portfolio. In his hometown, he became the youngest artist to sell out the Sydney Opera House, twice.