A Long Time Fan Of Classic Reggaeton, Rosalía Presents Her Own Personal Tribute To The Genre With Her First New Music Release Since Her Widely Praised EL MAL QUERER Album 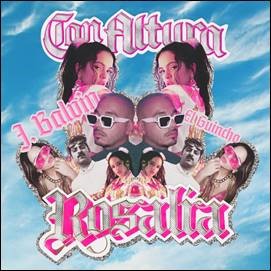 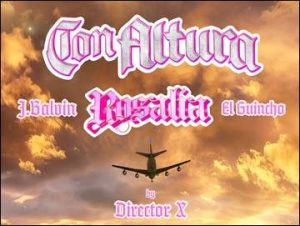 (New York, NY – March 28, 2019) As she prepares for her highly-anticipated first concert performances of 2019 with April appearances at Coachella and a limited engagement U.S. Tour, “Latin Music’s breakout artist of the year” Rosalía dives deeper into Musica Urbano with today’s release of “Con Altura” with J Balvin and featuring her frequent producer and collaborator El Guincho. “Con Altura” finds Rosalía paying tribute to the personal love she holds for classic reggaeton, while still lyrically sharing other legendary touchstones that contribute to her own unique style of fusions –particularly here noting Flamenco (‘Camarón’), Salsa (‘Hector’), Feminism & Cuban Rhythm (‘Guantanamera’) alongside  Reggaeton’s sound of ‘dembow’ . Of course, it wouldn’t be Rosalía without at least one reference also to her well known love of speed (cars/motorcycles). From there, J Balvin’s takes us airborne for a verse that also provides the theme for the video’s irreverent party in the clouds by Director X.

Rosalía says, “’Con Altura’ is an homage to the more classic and original reggaeton: reggaeton playero. When I was younger I loved listening to reggaeton and it could have been natural for me to make a song like this before, but I don’t like to force anything. As a musician I let myself be guided by my intuition in every moment. It wasn’t until a few months ago in a studio in Miami where I started writing in this direction: I proposed to my cowriters that we work with a Dominican sample I found, then Frank Dukes added his own sample, and El Guincho added percussion, and the record was born, a Barcelonan-American- Latin pop vibe. Once the beat was built, I wrote the hook in less than five minutes, and when that happens it’s for a reason. I am very proud of this song and believe in it so much, because there is inspiration in a genre like reggaeton, but in a subjective and personal level, from a place of power and strength. I didn’t hesitate to show the song to my friend Jose (J Balvin) and he loved the track and sent over such a fresh and raw verse. I think all the pieces of this puzzle came together and are there for a purpose. I really hope that everyone who listens to it receives it with the same love with which it was made.”

In addition to her Coachella performances on April 12th and 19th, Rosalía recently announced she will bring her visually stunning live performance to select cities across North America this spring with the limited engagement “El Mal Querer Tour.”  The special dates (many of which sold-out within an hour) kick off on April 17th in Los Angeles at the Mayan and will hit San Francisco, Toronto and New York City (see tour dates below). Adding to the excitement, Rosalía’s New York City dates are part of the Red Bull Music Festival and will mark two of the first shows at the newly reopened Webster Hall. For more information, fans should please visit her website at https://www.rosalia.com/.