IN ADDITION TO PERFORMANCES AT COACHELLA,

TORONTO TOUR STOP ON MAY 2nd 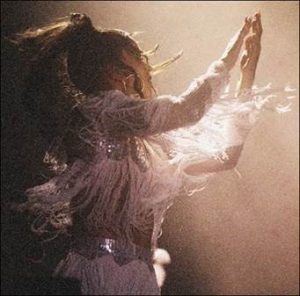 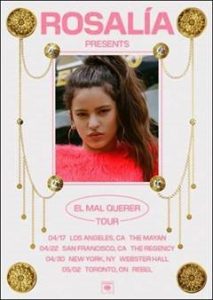 The “El Mal Querer Tour” kicks off on April 17th in Los Angeles at the Mayan and will hit San Francisco, Toronto and New York City (see tour dates below). Adding to the excitement, Rosalía’s New York City date is part of the Red Bull Music Festival and will mark one of the first shows at the newly reopened Webster Hall. Tickets for the tour go on sale starting with local pre-sales on Thursday, March 21st and the public on sale date is Friday, March 22nd. For tickets and more information, fans should please visit her website at https://www.rosalia.com/.