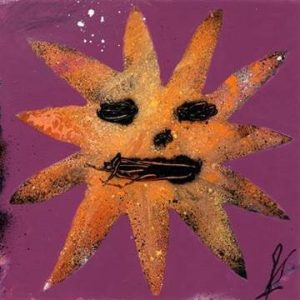 In speaking about Sunny Boy, Ritt Momney says: “I hope this inspires you to learn from your younger self. Life isn’t necessarily about picking up new things; it’s more about dropping some of the things you’ve learned as an adult. By doing so, you can be happy without any condition, stress, or pressure. You don’t need to learn as much as you need to remember.”

To celebrate the release, Ritt Momney has shared the official video for album track “HEADSTART.” The visual was directed & edited by Michael Rees (Cage The Elephant, Billie Eillish, Drake) and follows Ritt as he releases a love gone wrong. Watch HERE.

Ritt Momney will embark on a North American headline tour this spring in support of Sunny Boy. The 25-date run kicks off February 25 in Ritt Momney’s hometown of Salt Lake City and includes stops in Los Angeles, Philadelphia, New York, Chicago and more before wrapping in Denver on April 9. Tickets are on sale now – see full routing below and visit https://www.rittmom.com/ for more information. 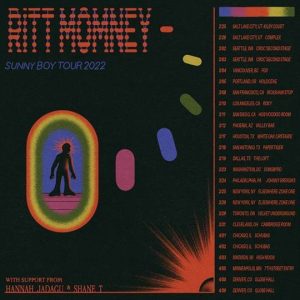 By accessing childlike wonder, Ritt Momney—a.k.a. Salt Lake City, UT singer, songwriter, multi-instrumentalist, and producer Jack Rutter—rearranges indie pop with youthful boundlessness, splashing together lush piano, ethereal synths, and evocative vocals like paints on a canvas. Initially formed as a band with longtime friends, Ritt Momney took shape in 2017 buoyed by the success of the single “Young Adult.” By 2019, it had morphed into Jack’s solo project on the independent full-length debut Her and All of My Friends.

Following the cancelation of his tour with Dayglow and finding himself stuck at home, Ritt covered Corinne Bailey Rae’s GRAMMY® Award-nominated hit “Put Your Records On.” It caught fire, jumping from TikTok virality to the Billboard Hot 100 and landing Ritt his late-night television debut on The Tonight Show Starring Jimmy Fallon. After earning RIAA platinum certification and acclaim from Entertainment Weekly, Billboard, NME, InStyle, and more, Ritt Momney welcomes listeners deep into his world on his sophomore full-length, Sunny Boy [Disruptor/Columbia Records].