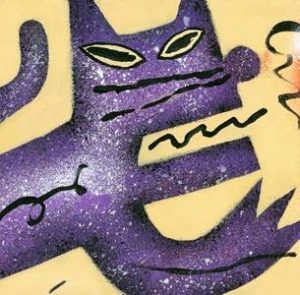 Today, indie/alternative singer, songwriter, multi-instrumentalist, and producer Ritt Momney has shared his latest song “Set the Table” via Disruptor/Columbia Records. Listen HERE. Produced by Palehound’s Ellen Kempner, the lively track features fellow recording artist phenom Claud and is an instant anthem for those who may feel like a disruptor within a family/household.

In speaking about the song, Ritt says: “It’s kind of about feeling like you’re disrupting a relationship or a family dynamic and you don’t know how to stop. I guess I pulled from feelings of being ‘the problem child’ when I was younger. And kind of now too lmao.”

“Set the Table” follows “Not Around,” Ritt’s first solo offering since the 2019 release of his debut album Her and All of My Friends, which dropped in February. Both tracks will be featured on Ritt’s forthcoming sophomore album expected later this year and follow the steady success of his cover of Corinne Bailey Rae’s “Put Your Records On.” The Salt Lake City native’s viral rendition of the Grammy-nominated smash has amassed over 375M combined streams worldwide to date and is currently top 20 at Top 40 radio and certified PLATINUM in Canada.

Ritt Momney is the solo project of 21-year-old Salt Lake City native Jack Rutter. Beginning as an indie rock band compromised of high school friends, the project became a personal outlet for Rutter after his bandmates left on Mormon missions and his girlfriend left for college. In his bedroom, he wrote, recorded, and produced his debut LP, entitled Her and All of My Friends, in which Rutter grapples with loss, loneliness, and a drift away from Mormon culture.

Fast forward to 2020 when Ritt Momney was slated to hit the road with Dayglow, but due to COVID-19 the tour got canceled. Having newfound time on his hands, Ritt recorded a cover of Corinne Bailey Rae’s 2006 Grammy-nominated hit “Put Your Records On,” and, with the help of a TikTok trend started by Ian Roley, Momney’s rendition went viral earning him his first Billboard Hot 100 entry and radio hit at multiple formats. Ritt is currently working on his forthcoming sophomore album due later this year, which will include his first musical offerings of 2021 “Not Around” and “Set the Table.”