RITT SLATED TO PLAY FIREFLY AND SHAKY KNEES THIS FALL 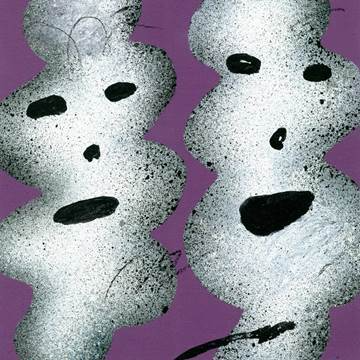 Ritt is currently finalizing his sophomore album due later this year, which will include “Escalator” as well as previously released tracks “Not Around” and “Set the Table” featuring Claud. The Salt Lake City native will bring these songs to life at various music festivals this year, including Firefly and Shaky Knees. See full routing below and visit https://www.rittmom.com/ for more information.

Ritt Momney is the solo project of 21-year-old Salt Lake City native Jack Rutter. Beginning as an indie rock band compromised of high school friends, the project became a personal outlet for Rutter after his bandmates left on Mormon missions and his girlfriend left for college. In his bedroom, he wrote, recorded, and produced his debut LP, entitled Her and All of My Friends, in which Rutter grapples with loss, loneliness, and a drift away from Mormon culture.

Fast forward to 2020 when Ritt Momney was slated to hit the road with Dayglow, but due to COVID-19 the tour got canceled. Having newfound time on his hands, Ritt recorded a cover of Corinne Bailey Rae’s 2006 Grammy-nominated hit “Put Your Records On,” and, with the help of a TikTok trend started by Ian Roley, Ritt’s rendition went viral earning him his first Billboard Hot 100 entry, a radio hit at multiple formats, and an RIAA Platinum certification. Ritt is currently working on his forthcoming sophomore album due later this year, which will include his first musical offerings of 2021 “Not Around” and “Set the Table” as well as new track “Escalator.”