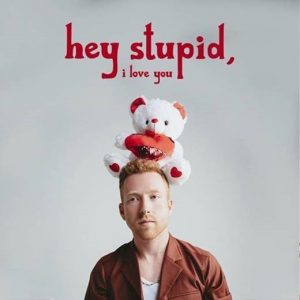 New York, NY – June 25th, 2020 – Toronto-born, critically acclaimed singer-songwriter JP Saxe, releases his latest single, “Hey Stupid, I Love You” today, off of his forthcoming project out later this year. The track was written by JP and Scott Harris (Shawn Mendes) and produced by Ojivolta. It is accompanied by an official quarantine-style, heartwarming music video, directed by Lillie Wojcik. Watch HERE.

Of “Hey Stupid, I Love You,” JP says: “I’ve recently figured out that when someone asks you for more love, it’s much easier to just give it to them, than to convince them that they don’t need it. Also, after a few songs that feel a lot like who I am alone at 3am at my piano, grueling and emotional, this one feels more like me at 3pm, and it feels like the way I love — rambling and dorky but ultimately sincere. That’s what we wanted the video to feel like, and shooting it with long distance lenses all outside made for a real silly (and sunburnt) day.”

Charming and ever-so-cheeky, the new single follows the success of JP’s duet with GRAMMY® Award-nominated artist, Julia Michaels, titled “If The World Was Ending.” Now certified 3X platinum in Canada, the poignant duet was called a “timely soundtrack to the ongoing coronavirus pandemic” by Rolling Stone, and was included in TIME Magazine’s “A Playlist For All The Moods Of Social Distancing” roundup. The track peaked at Top 10 at three Canadian radio formats: Top 40, Hot AC,  and AC. Despite being released in October 2019, “If The World Was Ending” continued to strike a powerful chord at the peak of the pandemic. To help support the international medical humanitarian organization Doctors Without Borders/Médecins Sans Frontières (MSF) in its global response to COVID-19, JP and Julia tapped GRAMMY® Award-winners Alessia Cara, H.E.R, Keith Urban, Sam Smith and more for a special charity video, with all proceeds donated to Doctors Without Borders. The new rendition was praised by Rolling Stone, Teen Vogue, TIME Magazine, V Magazine, Popsugar and more. Watch the powerful video HERE. “If The World Was Ending” continues to climb the Billboard Hot 100 chart, and has over 500 million streams across all platforms as well as over 88 million official video views.

JP made his late night TV debut performing “If The World Was Ending” on The Tonight Show Starring Jimmy Fallon last November, with a follow-up remote performance on The Late Late Show With James Corden during quarantine in April.

Toronto-born, Los Angeles-based singer-songwriter, JP Saxe always finds a way to cut beyond the surface, tapping into a deep connectivity with universal emotion and human experience. In February, JP released his anticipated six-track debut EP, Hold It Together. TIME Magazine praised the project for “exploring the weird – sometimes lovely – sometimes painful – emotions that bubble up in relationships” and included “3 Minutes” off the EP in their ‘5 Best Songs of the Week’ roundup. From 2019 through early 2020, JP completed a nationwide summer/fall tour with Noah Kahan, select dates with Jeremy Zucker, and joined Lennon Stella on her European tour through the winter. JP will play nationwide and European headlining dates in 2021.

JP has started a weekly IG live series called “HOMETEAM LIVE” where he performs original music, and invites artists and friends from all genres and backgrounds for thoughtful conversation and performances. 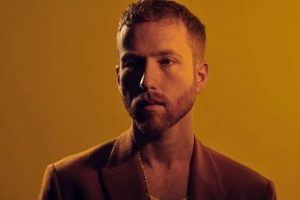 To Buy/Stream “Hey Stupid, I Love You”

To Watch “Hey Stupid, I Love You”