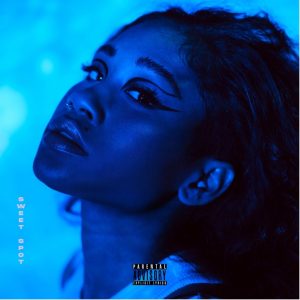 WATCH THE MUSIC VIDEO FOR ONE TIME HERE

Toronto, ON – May 14, 2021 – After being discovered by Tricky Stewart, amassing nearly 10 million total streams, and garnering praise from Bustle, Wonderland Magazine, FLAUNT, and more, Florida-born triple-threat, R&B singer, songwriter and dancer, MK xyz, uncovers her highly-anticipated debut EP entitled Sweet Spot today. It showcases all her talents and makes an unapologetic statement from MK xyz as an artist who is here to stay. Listen here via Epic Records.

She celebrates the arrival of the six-track project with the music video for the new single, One Time,  directed by Madeline Kate Kann. The Hitmaka produced track has an accompanying visual full of throwback vibes between its scenes of skateboarding in the rain, showstopping dance routines, and fly nineties fashion. Meanwhile, she flexes her impressive range over skittering 808s just as the hypnotic hook takes hold and the energy heats up.

About her Sweet Spot EP, MK xyz said, “The XYZ is the Sweet Spot. No labels, no expectations, where we say FUCK the rules. A sexy, yet sweet balance of any and everything.” Watch it here.

EP opener, Dennis Rodman, formally introduces the 22-year-old as she delivers sharp verses and dunks on the clever hook about dating and rebounds. She leans into bass on Air It Out with flirty fire, while GEAUX seesaws between a thick bounce and a propulsive chorus. Check out the full tracklisting below.

Dubbed by Wonderland as a rising R&B star “for her fierce lyricism and captivating dancing ability,” MK xyz is undoubtedly an artist to watch. After releasing her debut single, Pass It, with artist, G-Eazy, this past July, MK xyz has received critical acclaim from outlets such as Wonderland, Flaunt, Bustle, Lyrical Lemonade and more. MK xyz initially caught the attention of producer and songwriter Tricky Stewart after posting videos of herself covering songs like the Smokey Robinson’s Cruisin’ and Daniel Caesar and H.E.R.’s Best Part in 2017. Now signed by RZ3 Recordings, the singer and dancer is poised for a breakout year in 2021.

About MK xyz
MK xyz has her eyes set on redefining R&B, and she’s doing it all on her own terms. The 22-year-old has already established herself as a triple-threat (she flips between rapping, singing, and dancing with ease) ever since the release of her 2020 singles, Lost, and Pass It, featuring G-Eazy. Since then, she’s received praise from critics like Bustle, Rated R&B, Flaunt and Wonderland.

The artist creates an addictive fusion of R&B, hip-hop and pop, which is best showcased in her debut EP, Sweet Spot. Anchored by the breezy lead single, One Time, the EP reflects her feminine and masculine sides. There’s also production from OG Parker (Migos, PARTYNEXTDOOR, Chris Brown) and frequent collaborator Hitmaka (Drake, Chris Brown, Ty Dolla $ign). With the release of Sweet Spot and her future music, MK xyz hopes that her self-expression and push for queer inclusivity inspire others to realize their inner superpower. 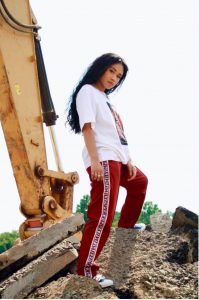