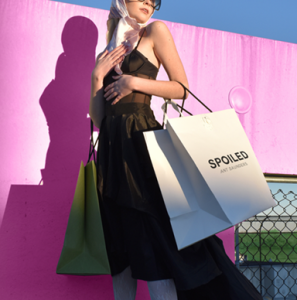 IN CANADA AND GOLD IN THE U.S.

WITH OVER 400 MILLION STREAMS

Toronto, ON – February 26, 2021 – Today, rising R&B/pop artist, songwriter and musician, Ant Saunders, releases a new single called, Spoiled, via Arista Records. Along with the track is an official music video which can be watched here.

Ant Saunders stated: “In my first session with Grady, he pulled this really catchy guitar riff out of nowhere before we even knew what we wanted to write about, so he ended up making a beat around that. When thinking of what to write about, I thought about my relationship and how I think my girlfriend deserves so much, so we were pretty much like ‘let’s make a song about spoiling your girl’. I show a lot of my work in progress to my friends and family, and ‘Spoiled’ was always a favourite”

2020 kickstarted with the release of Ant’s debut EP, Bubble, via Arista Records. He then released, I Had A Love Song featuring critically acclaimed, Nigerian R&B duo and sisters, VanJess. Ant was confirmed to perform as support for GRAMMY Award-nominated, multi-platinum and chart-topping singer/songwriter, Camila Cabello, on her Romance Tour which was slated for last fall.

A full DIY effort, the entire Bubble EP was written, recorded and produced by Ant Saunders. The impressive collection of songs includes viral hit, Yellow Hearts, which was created in his bedroom and released on the day of his high school graduation. The track is now certified platinum in the U.S., and landed a position on the Billboard Hot 100. Ant’s Genius Verified video for Yellow Hearts has just about 1.5 million views. He was also profiled in Virgil Abloh’s RSVP Gallery website, wearing pieces from Off-White, Stone Island and Raf Simons. Emanating a nostalgic and intimate tone, the EP features lead single, MISCOMMUNICATIONS with accompanying video, and a soul-stirring, gospel-inspired track titled, It’s Over. The EP showcases Ant’s prodigious abilities as an artist, in both his vocal performance and songwriting.

Ant was born in Germany, where his parents were stationed in the military before eventually settling in the small town of Woodbury Heights, New Jersey. He began writing and recording in middle school using Audacity and a USB mic as an outlet to understand his emotions and the world around him. Influenced by R&B and hip-hop acts like Frank Ocean, Daniel Caesar, Tyler the Creator, as well as singer-songwriters like Ed Sheeran, John Legend, and John Mayer, Ant’s combination of lyrical storytelling and velvet vocal delivery makes for a uniquely flagrant and refreshing sound. 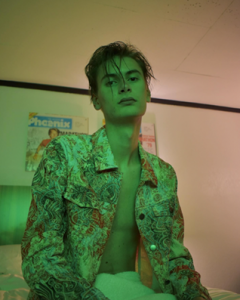