Rising grunge-pop artist 44phantom invites you into his world

with first set of songs from building ep die sometime 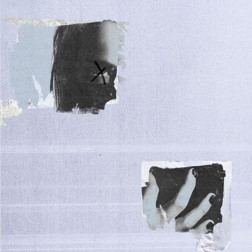 Today, rising grunge-pop artist 44phantom has released his first four songs from his building ep die sometime via records / Columbia records – listen here. Including the fan-favorite “Sound off,” and the newly released “Gray!” The ep comes with two brand-new songs “go to hell,” and “freak,” – watch the official video for “freak,” here.

When asked to describe the meaning behind the ep, 44phantom says, “die sometime is about being very cynical towards the person that hurt me and learning to find comfort with the pain of it.”

Crafting his unique signature style that has resonated with listeners since his 2019 breakout sleeper hit “break your heart,” 44phantom treats his music like a mood ring, showing off exactly how he feels at any moment. With an ep under his belt and the release of several fan favorite tracks such as “poison,” and “all figured out,” 44phantom has garnered over 250k monthly listeners on Spotify.

Oklahoma-born and Nashville-based by way of Seattle, 44phantom has quietly generated over 2 million total streams independently and sparked buzz among a growing fanbase before signing with records / Columbia records earlier this year. Developing a passion for music at a young age, 44phantom watched his cousins perform in a popular local band, which lead him to pen his first song at eight-years-old. inspired by everyone from Kurt Cobain, Carrie Underwood, and Bob Dylan to Lil Wayne and Drake, 44phantom embraces rock influences and deep storytelling while detailing his journey from a small town to the doorstep of stardom. Adopting his name to honor his late second cousin and carry on his family’s serendipitous connection to the number 44, Brayton Mathews is 44phantom. 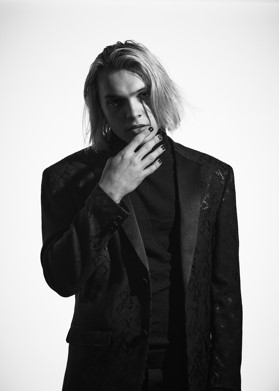