RISING COUNTRY STAR, WALKER HAYES, REMINISCES ABOUT “90’s COUNTRY” WITH THE PREMIERE OF HIS NEW SINGLE ON “GOOD MORNING AMERICA” 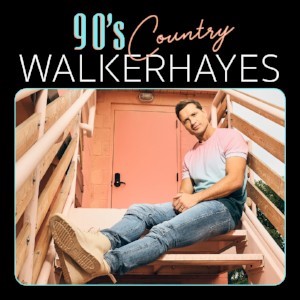 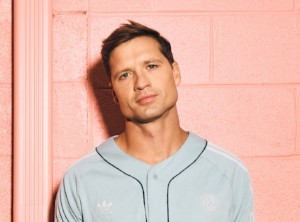 August 29, 2018 (Nashville, TN) – Walker Hayes has quickly become one of Nashville’s brightest new stars. This past year, he has certainly made his mark on country music and has left fans wanting more. On August 30th, Walker will be premiering a new single, “90’s Country,” on ABC’s “Good Morning America” with his debut, live performance.

“90’s Country” will be officially released on Thursday, August 30th and available for download on all music platforms.

The track (written by Hayes, Shane McAnally and LYRX, and produced by David Garcia, McAnally and Hayes,) calls back to the classic country songs of the 1990s such as; “Strawberry Wine” by Deana Carter, “Cowboy Take Me Away” by The Dixie Chicks, “She Thinks My Tractor’s Sexy” by Kenny Chesney, and others that remind of us of the youthful simplicity of listening to your favorite songs on a summer country day.

Following the televised performance of “90’s Country,” Walker will also be performing his mega hit, “You Broke Up With Me,” on GoodMorningAmerica.com.

In the past year, Walker has accumulated over 190 million world-wide album streams for his studio album boom. (Monument Records) and performed in front of more than 250,000 fans – so far. The album’s lead single, “You Broke Up With Me” has achieved RIAA & Music Canada Certified Platinum status and also garnered him his first-ever CMT Award nomination for “Breakthrough Video of the Year” – reaching over 20 million views.

“Hayes writes songs that are damn near impossible to classify, and that’s what makes them so interesting.” – Rolling Stone

“Hayes has broken into the mainstream by sounding different.” – The Washington Post

This fall, Walker will be headed out on his first European tour with Old Dominion. Please continue to check his website for dates and ticketing information:

About Walker Hayes
Monument Records recording artist, Walker Hayes, is a singer/songwriter originally from Mobile, Alabama. Hayes’ current single “90’s Country” made its debut on Good Morning America and is available for purchase or download everywhere. The single, which references 22 Nineties country songs, was written by Hayes, Shane McAnally, and LYRX, and co-produced by David Garcia, McAnally, and Hayes. In December 2017, Hayes released his debut album boom., which he co-produced with GRAMMY Award winning producer and songwriter, McAnally. The 10 track album includes the RIAA certified Platinum hit, “You Broke Up With Me,” as well as fan favorites “Halloween” and “Beautiful.” Tracks from the album were nominated for Radio Disney Country Favorite Song (“You Broke Up With Me”), CMT Breakthrough Music Video of the Year (“You Broke Up With Me”), and AIMP Song of the Year (“Craig”). Hayes is currently on the road headlining club dates across the country. Earlier this year, he headlined his first ever tour (Good As Gold Tour) and has previously toured with Kelsea Ballerina, Thomas Rhett, Dan + Shay, Old Dominion, and more. For more information on Walker Hayes, visit www.walkerhayes.com.