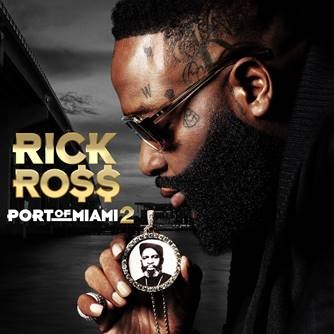 Upon becoming available in Canada, it staked out a spot in the Top 3 of iTunes Overall Top Albums Chart and #1 on the Top Hip-Hop/Rap Albums Chart.

PORT OF MIAMI 2 represents a full circle moment for the legendary rapper. Releasing on August 9, it marks the 13th anniversary of his Music Canada Gold-certified record-breaking debut, PORT OF MIAMI. At the same time, he pushes forward to the next level with tighter bars, bigger hooks, and more boss level bravado than ever before.

He also formally introduces the album by also sharing the music video for the latest single “Turnpike Ike.” Once again, he delivers a cinematic companion to this bulletproof banger.

Watch it HERE [via Vevo/YouTube] 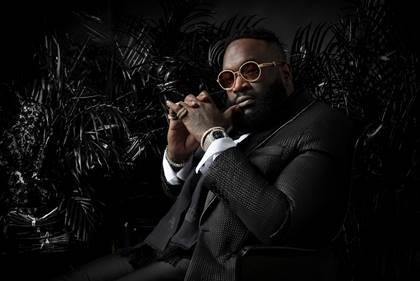 As part of the rollout, Ross engages a full-scale television takeover. He appears on ESPN’s First Take today. Next week, he graces the stage of NBC’s The Tonight Show Starring Jimmy Fallon on August 13 to perform “BIG TYME” [feat. Swizz Beatz and special guest Just Blaze]. Be sure to tune in!

Additionally, he revealed the dates to his headlining PORT OF MIAMI 2 TOUR. It kicks off at Harbour Convention Center in Vancouver, BC, hits major markets coast-to-coast including a stop at The Phoenix Concert Theatre in Toronto on October 11, and comes to a conclusion with  two-night stand at Gramercy Theater in New York, NY on October 15 and 16. Get tickets now at WWW.RICKROSSPOM2.COM. The full itinerary is enclosed below.

PORT OF MIAMI 2 is finally here, and the game will never be the same.

Rick Ross commands hip-hop not only as a true titan of the game, but also as a visionary C.E.O. His historic run accompanies five US Billboard Top 200 #1 debuts and three #2 debuts, four Grammy Award® nominations, adorning the cover of Rolling Stone twice, and achieving accolades that may never be surpassed. His debut single “Hustlin” stands out as the “first mastertone ever certified RIAA platinum before the associated album had been released.” With millions of singles and albums sold, his voice remains inescapable. Not to mention, he championed and broke a roster of other superstars—ranging from Meek Mill to Wale—as part of Maybach Music Group.

PORT OF MIAMI 2 is the return of the biggest boss that you’ve seen thus far, and his legacy is only getting bigger.

Rick Ross Port of Miami 2 available on all DSPs – https://smarturl.it/RickRossPortofMiami2