REZZ RELEASES THE MUSIC VIDEO FOR “TASTE OF YOU” FEAT. DOVE CAMERON

REZZ RELEASES THE MUSIC VIDEO FOR “TASTE OF YOU” FEAT. DOVE CAMERON 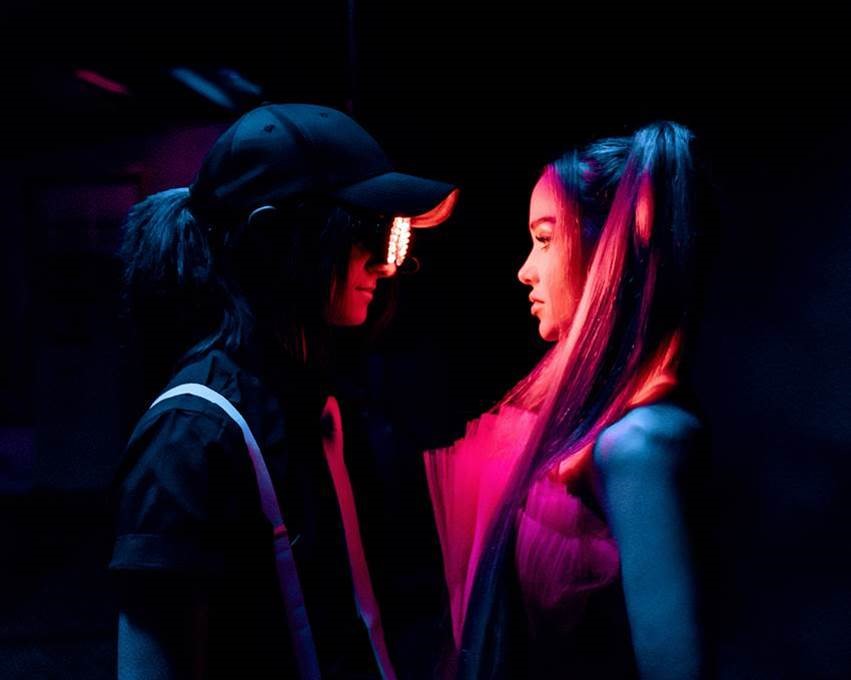 Rezz says, “The most fun I’ve personally had in a music video.”

Dove Cameron says, “The kind of nights I dreamt about when I was a kid as to how my job would look.”

The track, which was released last month was declared “…the best electronic collaboration of 2021 to date” by EDM.com while Billboard stated “Their combined efforts make for a catchy, fairly traditionally structured but nonetheless punch-packing track that demonstrates the skills of each artist…”

Earlier this year Rezz released “Sacrificial” feat. PVRIS along with the video. Watch HERE. Alternative Press praised the track by calling it “…the perfect blend of both artists’ strengths and distinct artistry” while EDM.com said “It’s both sinister and ethereal in tone, expertly combining elements of rock and electronica into one powerhouse single.”

26-year-old Canadian DJ/producer Isabelle Rezazadeh AKA Rezz has racked up tens of millions of streams, sold out legendary venues and headlined top festivals around the world. She oozes originality and produces genre-bending electronic works, striking a sharp balance between bass-heavy and minimal tech compositions. Her first independent project – the adventurous Beyond The Senses EP – was released in 2019 and garnered praise from Alternative Press, SPIN and Billboard who called it “her most impactful project to date” and went on to receive The JUNO Award for Electronic Album of the Year in 2020. She graced the cover of Billboard’s 2019 Dance Issue and has been attributed as being at the forefront of the dance and rock music crossover. 2020 marked a banner year for the producer who released her first single through RCA Records “Someone Else” with Grabbitz which has garnered over 50 million streams worldwide and reached #15 on Alt Radio in the US, and hit #1 and Gold in Canada. Alternative Press praised the song upon its release, including it as the lead track in their weekly playlist. They called the video “another high point in Rezz’s canon,” saying, “…the song evokes a sinister groove that will appeal to dance music devotees as well as industrial rivetheads…” Rezz is heavily featured in a documentary called “Underplayed,” available on Crave in Canada, which highlights the current issues female DJs face in the dance industry.

Twenty-three year old award-winning triple threat Dove Cameron launched her solo music career last fall with singles “Waste” and “Bloodshot,” which received critical acclaim from Rolling Stone, Billboard, Vogue, Cosmopolitan and more. Followed by the release of her first collaboration with rapper/singer/songwriter BIA. Dove released “We Belong” last summer, which is featured in the trailer for the highly anticipated film After We Collided. Most recently, she released her latest single “LazyBaby” which has over 10 million streams to date.

Dove has starred alongside Renée Fleming in “The Light in the Piazza” at the Los Angeles Opera, which followed their performance in London last summer. She also reprised her role as Mal in Disney’s franchise Descendants last summer. She starred as Cher in the Off-Broadway production of Amy Heckerling’s Clueless, The Musical produced by The New Group and in Netflix’s Dumplin’ with Jennifer Aniston.  She’s appeared in Marvel’s Agents of Shield on ABC, NBC’s Hairspray Live!, as Amber von Tussle, and in the film Barely Lethal with Hailee Steinfeld, Jessica Alba and Samuel L. Jackson.  Most recently, it has been announced that she will be playing Bubbles in the new Powerpuff Girls live action series. Dove got her start playing the dual twin role as both title characters in Disney’s Liv and Maddie, which went on to complete four seasons. Her double performance garnered her a 2018 Daytime Emmy.

To Watch “Taste of You” feat. Dove Cameron: