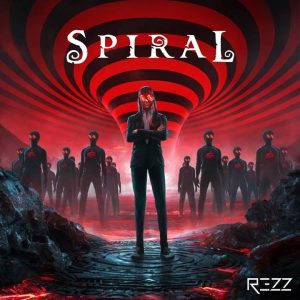 (November 19th, 2021) Today, DJ/producer Rezz releases her fourth album Spiral via Rezz Music/RCA Records. Listen HERE. The album includes previously released tracks “Let Me In” with fknsyd, “Chemical Bond” with Deathpact, “Taste Of You” with Dove Cameron which EDM.com declared “…the best electronic collaboration of 2021 to date” and “Sacrificial” with PVRIS which Alternative Press called “…the perfect blend of both artists’ strengths and distinct artistry”. Spiral features seven new tracks including the explosive collaboration between Rezz and fellow Canadian rock band Metric on “Paper Walls”. Check out the full tracklist below.

About Spiral, Rezz says, “This body of work reflects an evolved version of my music with new sounds, more vocals and more collaborations while still maintaining the origin that captivated my audience. I wanted this album to be heavily branded visually around hypnosis and a spiral themed production. Like all of my projects, I just make whatever feels natural in the moment.”

Rezz will be hitting the road on her North American headlining “Spiral Tour” which kicks off on February 4th, 2022 in Vancouver, BC. Check out the tour dates below and tickets can be purchased HERE.

May 14 – Portland Expo Center, Portland, OR 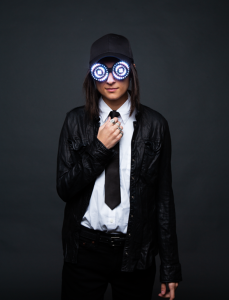 Canadian DJ/producer Isabelle Rezazadeh AKA Rezz has racked up tens of millions of streams, sold out legendary venues and headlined top festivals around the world. She oozes originality and produces genre-bending electronic works, striking a sharp balance between bass-heavy and minimal tech compositions. Her first independent project – the adventurous Beyond The Senses EP – was released in 2019 and garnered praise from Alternative Press, SPIN and Billboard who called it “her most impactful project to date” and went on to receive The JUNO Award for Electronic Album of the Year in 2020. She graced the cover of Billboard’s 2019 Dance Issue and has been attributed as being at the forefront of the dance and rock music crossover. 2020 marked a banner year for the producer who released her first single through RCA Records “Someone Else” with Grabbitz which has garnered over 63 million streams worldwide and reached #15 on Alt Radio in the US and #1 in Canada. Alternative Press praised the song upon its release, including it as the lead track in their weekly playlist. They called the video “another high point in Rezz’s canon,” saying, “…the song evokes a sinister groove that will appeal to dance music devotees as well as industrial rivetheads…” Rezz is heavily featured in a documentary called “Underplayed,” available on Amazon Prime Video, which highlights the current issues female DJs face in the dance industry.