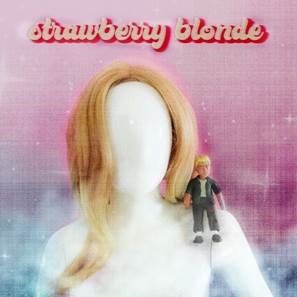 “Rence is one of the most promising vocalists in the music industry right now.” – Lyrical Lemonade

“Strawberry Blonde” follows the release of previous singles “Sometimes Things Just Fall Apart” and “Tears In December,” which have already racked up close to 2 million combined streams and received praise from the likes of tmrw Magazine, EARMILK, Euphoria and Lyrical Lemonade who called “Tears In December” “a song you NEED to listen to before the day is over.”

About the track, Rence commented, “Taken at face value the lyrics of ‘Strawberry Blonde’ tell a story about someone worried about everything – their past, the future, everything – their unsureness is taking a toll on the relationship, and signals aren’t clear. To me, it’s the secondary meaning that really rings true. As I sat with the song for a while, I realized that I was talking about myself thinking things too much. I assumed we’re free of blame and worry, when really we’re the ones freaking out.”

Rence continues to consistently deliver and affirm his status as one of the most exciting new artists to watch of 2020. His solo releases continue to shine with “hate u btw” clocking over 1 million streams as “Type 2” is about to cross the 2 million mark. Notably, Wonderland praised Rence in their feature of “Type 2” calling him, “one artist to keep an eye on very closely in 2020.”

Capitalizing on the momentum sparked by the release of his Fall 2019 EP, Rence has received much acclaim as  Pigeons & Planes named him among  “Best New Artists”. Meanwhile, his breakout single “Expensive” [feat. Noah Cyrus] recently surpassed 8.2 million global streams. Having wrapped a North American tour with Christian French this Winter, Rence has gone on to received looks and acclaim from the likes of Nylon, i-D, The FADER, Billboard, Paper and more.

Sharing real life snapshots in song, Rence magnifies his personal perspective through a genre-less palette, bordering pop, alternative, electro, indie and hip-hop all at once, yet never dipping into one for too long. He introduced himself on the breakthrough independent project, Pink. The lead single “Baby Blue” racking up nearly 10 million streams. Peers such as Lauv, Chelsea Cutler and FLETCHER lent support as critical acclaim came from Hilly Dilly, Lyrical Lemonade, Ones To Watch, Elevator Magazine, and more. Tastemaker Zane Lowe handpicked “Ways To Go” as his “World Record” on Apple Music’s Beats 1.  Signing to Epic Records, Rence’s 2019 single “Expensive” [feat. Noah Cyrus] made waves and turned heads right out of the gate receiving looks from Nylon, Billboard, and Paper. The song now has over 8 million global streams, while the music video has amassed over 800K YouTube/VEVO views. Of the latter, Billboard wrote, “Though the beat is quite dynamic, with synths and a toe-tapping bass line, the clip takes a darker turn, following closely with the lyrical meaning.”  He also showed no signs of slowing down with his major label debut EP FALL 2019 and consistent output continued in 2020 with the bold and buzz-y “hate u, btw,” “Type 2,” “Tears in December,” “Sometimes Things Just Fall Apart” and now “Strawberry Blonde.” 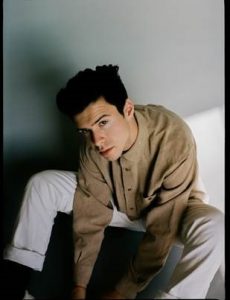