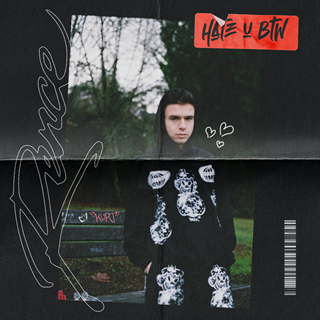 What the press is saying about Rence…

“Rence experiments with his sound on FALL 2019. He considers himself genre-less, hopping between pop, electro, hip-hop, and indie across all six tracks. It’s a bold decision for a new artist, but one that pays off, as it allows Rence to be his most true self. ” – NYLON

On the track, he picks up a guitar and plucks out a prodding riff buoyed by glitchy beats and keys. He quietly strums out chords before crooning the unshakable and undeniable chant, “She said I hate you by the way…with a smile on her face.”

The self-directed and edited music video reflects the sardonically slick sentiment of this breakup send-off. Accompanied by a keyboardist under a gray sky, Rence plays a purple Telecaster on a seaside dock. The clip shifts to him performing on top of a boathouse as frenetic editing moves with the bounce.

Rence continues to receive praise from top tastemakers as well. Pigeons & Planes named him among the “Best New Artists of the Month (December)” and wrote, “Rence’s music isn’t easy to classify, but it lives somewhere in the pop world, at least in terms of accessibility.” Additionally, The FADER touted the music video for the new version of “I Know” [feat. RIZ LA VIE].

Next up, the rising talent hits the road on EDEN’s No Future North American Tour as a special guest alongside keshi. It kicks off April 23 at House of Blues in Dallas, TX, rolls through major markets throughout the South, Midwest, and East Coast, and wraps up at Royal Oak Music Theatre in Royal Oak, MI on May 20. Check out the final itinerary below.

Get ready for a lot more from Rence very soon!

Right out of the gate, Rence’s 2019 single “Expensive” [feat. Noah Cyrus] made waves and turned heads. The song has over 3.5 million global streams, while the music video has amassed over 675K YouTube/VEVO views. Of the latter, Billboard wrote, “Though the beat is quite dynamic, with synths and a toe-tapping bass line, the clip takes a darker turn, following closely with the lyrical meaning.” He also recently spoke at length on this current chapter and more to come with Substream Magazine in addition to sitting down with ONS, The Knockturnal, and ECHO around his sold out live debut at Baby’s Alright in New York.

Sharing real life snapshots in song, Rence magnifies his personal perspective through a genre-less palette, bordering pop, alternative, electro, indie and hip-hop all at once, yet never dipping into one for too long. The Los Angeles-based artist, who was born in D.C., spent his formative teen years in Seattle and then moved to New York to attend NYU’s Tisch School of the Arts, first allowed listeners to hear this irresistible inner monologue on his breakthrough independent project, Pink. The project’s lead single “Baby Blue” racked up over 4 million Spotify streams as his total tally approached 8 million. Along the way, peers such as Chelsea Cutler and FLETCHER lent support as critical acclaim came from Hilly Dilly, Lyrical Lemonade, Ones To Watch, Elevator Magazine, i-D, Paper  and more. Tastemaker Zane Lowe handpicked “Ways To Go” as his “World Record” on Apple Music’s Beats 1.