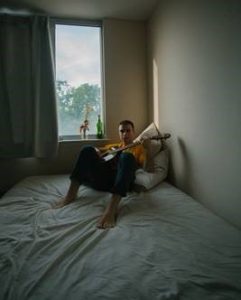 “Rence maintains his independence in an industry full of clones” – O.N.S

On the single, glitchy synths bubble between a skittering beat, ominous samples, and off-kilter instrumentation. Over this backdrop, he vaults from robotic warbling into an airy alternative R&B croon before transmitting a soulfully pop hook. It remains representative of his inimitable and ingenious genre-shifting.

Be on the lookout for the premiere of the music video very soon.

In addition to “I know,” the EP also boasts the previously released “Darkside.” As a whole, the project adheres to a cohesive and captivating theme emblematic of his evolution. Check out the full tracklisting below.

Of the project, he commented, “The mood is darker—not necessarily because I’ve become darker, but because I have a dark side, and it’s been hanging around a lot lately. Basically, these songs are me going a little crazy. They were created while lost in myself and the world…feeling the weight of the world while still trying to keep a positive outlook that so many want from me.”

Right out of the gate, Rence’s 2019 single “Expensive” [feat. Noah Cyrus] made waves and turned heads. The song has over 3 million global streams, while the music video has amassed over 640K YouTube/VEVO views. Of the latter, Billboard wrote, “Though the beat is quite dynamic, with synths and a toe-tapping bass line, the clip takes a darker turn, following closely with the lyrical meaning.” He also recently spoke at length on this current chapter and more to come with Substream Magazine in addition to sitting down with ONS, The Knockturnal, and ECHO around his sold out live debut at Baby’s Alright in New York.

Sharing real life snapshots in song, Rence magnifies his personal perspective through a genre-less palette, bordering pop, alternative, electro, indie and hip-hop all at once, yet never dipping into one for too long. The Brooklyn-based artist, who was born in D.C. and spent his formative teen years in Seattle, first allowed listeners to hear this irresistible inner monologue on his breakthrough independent project, Pink. The project’s lead single “Baby Blue” racked up over 3 million Spotify streams as his total tally approached 7 million. Along the way, peers such as Chelsea Cutler and FLETCHER lent support as critical acclaim came from Hilly Dilly, Lyrical Lemonade, Ones To Watch, Elevator Magazine, and more. Tastemaker Zane Lowe handpicked “Ways To Go” as his “World Record” on Apple Music’s Beats 1. 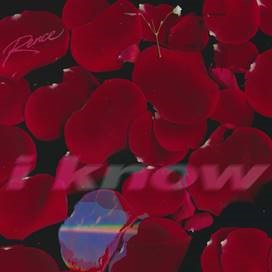