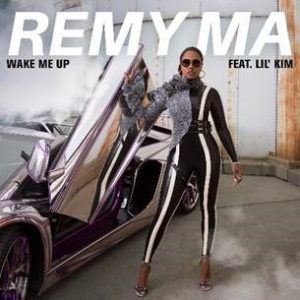 GRAMMY® Award nominated recording artist and songwriter Remy Ma has found a new home with Columbia Records. One of the only female rappers to ever top the Billboard charts, Remy, who is fresh off the global smash hit “All The Way Up” is currently prepping a new album, titled 7 Winters & 6 Summers, which is set for an early 2018 release. The album will be her first full length, solo album post her time spent incarcerated in upstate New York and focuses on her life at large. The album fearlessly tackles multiple subjects including love, marriage, self-care, motherhood, identity and freedom, told from Remy’s point of view.

Says Shawn “Tubby” Holiday, the SVP of A&R, “Columbia Records is lucky to get to partner with Remy on this album. We could not be more proud to be her label home, and help provide a platform for the release of 7 Winters & 6 Summers. It is an incredible album detailing Remy’s story. She has so much to give her fans and this industry. Remy is a true hip hop Icon and we are beyond excited to share her music, and her vision, with the world.”

Remy released “Wake Me Up,” the first offering from 7 Winters & 6 Summers today. A blistering street record featuring Lil Kim, “Wake Me Up” premiered today as Zane Lowe’s World Record on Beats 1 to immediate fan reaction. Stream and purchase “Wake Me Up” here: http://smarturl.it/remymawakemeup

A music industry trailblazer, Remy Ma, who is managed by the Vincent Herbert Company, has multiple GRAMMY® Award nominations and is the recipient of two Vibe awards, two Source awards, and one of only three multiple winners of The BET Award for Best Female Hip-Hop Artist, which she won in 2005 and 2017 respectively. She is widely – and rightfully – recognized for paving the way for many young women recording artists.