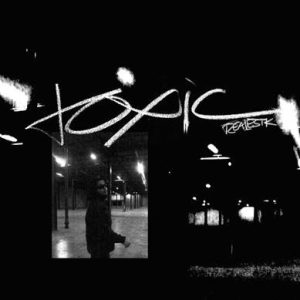 Last month, RealestK put his stamp on “Patience,” the follow up effort to “WFM.” In early October, his song “WFM” went viral on TikTok followed by every other music platform. “WFM” single debuted at #75 on the Billboard Hot 100, certifying the artist’s meteoric rise and generating over 2 million TikTok video creations to date and over 7.1 million video views on YT to date. Gaining co-signs from some of music’s biggest talents including Drake, Nav and Bryson Tiller just to name a few, RealestK’s future shines bright. Watch “Toxic” HERE.

For RealestK, vulnerability is a virtue. Combining a feathery tenor and unashamed emotional transparency with chilly ambient soundscapes, the 17-year-old Toronto native produces soul-searching R&B at the intersection of intimacy and yearning, exploring themes of love and loss with a naked sensitivity. Those qualities give life to songs like his ghostly hit “WFM,” a lover’s plea that spills out like a teardrop. Meanwhile, on “Patience,” he transitions from exasperation to conflict as he earnestly addresses a troubled romance. Those introspective leanings have quickly made RealestK an emerging force in the world of R&B. Though he recorded his first songs through GarageBand at age 14, he finally began gaining traction during the isolation of the COVID-19 pandemic. When he released “Tuesday” in 2021, his gentle, reflective style had crystallized. So had his fan base, as the song quickly racked up over 100,000 streams. Follow-up tunes like “SWM,” “Only You,” and “Confessions” only increased his following, and by the time he released “WFM,” he’d secured a deal with Columbia Records—and cosigns from artists like Nav and Drake. Success aside, RealestK remains driven by an ambition to connect with listeners. As he keeps making songs, honesty outlines his artistic mission. “Vulnerability is so important in music,” he says. “Men today are able to be open about heartbreaks, about the days they cried and the days they didn’t. I hope to continue that legacy.”