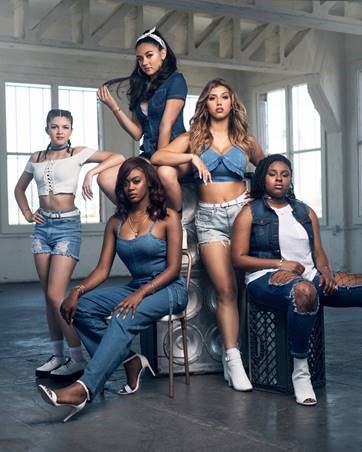 GROUP TO JOIN PENTATONIX ON THE NORTH AMERICAN LEG OF PENTATONIX: THE WORLD TOUR

Citizen Queen will be joining Pentatonix on the North American leg of Pentatonix: The World Tour along with special guest Rachel Platten. The tour begins at Oracle Arena in Oakland, CA on May 11th and includes stops at The Forum in Los Angeles and Madison Square Garden in New York City. More information on the tour, please visit: www.citizenqueen.com.

“We never actually thought that signing a record deal could be a reality,” says the group. “If someone had told any of us five years ago that this would be our reality, we never would have believed you. We are so grateful to RCA for believing in us and we can’t wait to show the world who we really are.”

“When I first heard Citizen Queen I was stunned by the quality of their vocal skills,” says RCA Records Chairman & CEO, Peter Edge.  “Their intricate vocal arrangements and harmonies sound so effortless and accessible, with each member representing her own unique vibe. Kudos to Scott Hoying for putting together a fresh new spin on the traditional girl group with such care and flair.”

“Working with Citizen Queen and getting to know them as musicians, performers and individuals has been one of the most rewarding experiences of my career,” says co-founder Scott Hoying.  “I’m just so happy and proud of the group and I can’t wait for the word to see how incredibly talented these girls are.”