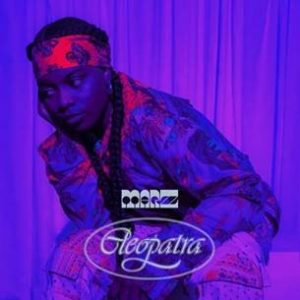 Today, R&B singer/songwriter Marzz releases her new single “Cleopatra” and its dreamy lyric video via Keep Cool/RCA Records. Produced by R&B/HipHop legend and music industry titan Timbaland, as well as Justin Mosley, Jordan Mosley and NES, “Cleopatra” narrates a hot and cold relationship with an ex-girlfriend. The ruminative track delves into the 21-year-old’s outlook on life as a woman as well as her expert songwriting and versatility.

With contagious vocals and experimental verses, it’s easy to see how the striking track caught the attention of Timbaland. After discovering Marzz on Instagram, he reached out with a simple but impactful message: “your pengame is strong” and flew the Louisville, Kentucky-based artist out to work in the studio to create the dazzling final product that is finally out for all to hear.

“Cleopatra” follows the release of Marzz’s debut single “So Frequently,” which The FADER dubbed a “track that yearns in day-glo.” The music video, directed by Mahaneela, is a back-and-forth rollercoaster in between reality and an animated getaway, reflecting on memories of a past lover and also Marzz’s love for anime. 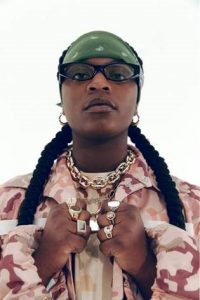 Marzz has a central focus for listeners: for them to enter tomorrow’s world through her mind. Drawing inspiration from the planet Mars’ fiery-red intensity, the rising R&B singer/songwriter (who hails from Louisville, KY), hopes to teach others to embrace their uniqueness. Born Laria McCormick, Marzz grew up in the church as many of her family members — including her mother and grandmother — were ministers. She began singing in the children’s choir at age 4 but quickly realized that she didn’t like all the attention. Marzz’ shyness, paired with suppressing her sexuality under the pressures of the church, initially forced her to hide inside her own bubble.

The singer soon found solace through a mixture of secular and gospel artists, including Beyoncé, Lauryn Hill, Mariah Carey, Erykah Badu, Kirk Franklin, Kim Burrell, and the Clark Sisters. At first, Marzz considered pleasing her mother by going to bible college to learn how to become a pastor. But she knew her passion lies within secular music. So, after coming out in high school and having fellow students cheer on her talents during pep rallies, she built the confidence to take being an R&B artist as a serious career. Marzz transformed the words she scribbled in various notebooks (she currently has 29 of them) into R&B freestyles, which she then uploaded on Instagram. Along with the freestyles, she began to upload covers of popular R&B artists including Teyana Taylor and Ella Mai. Then in late 2019, Marzz’s talent caught the attention of none other than one of modern music’s pioneers: Timbaland. The legendary producer reached out to Marzz to record a handful of tracks and shared her talents on his Instagram page, not only boosting her growing fan base but changing her life. As fans continue to discover Marzz, she hopes her music will fuel their imagination to create their own narratives — almost like a magic spell.

MARZZ ON THE WEB