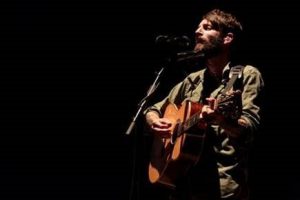 (New York, New York – March 1, 2018) – Grammy Award winner Ray LaMontagne is set to release his seventh studio album, Part Of The Light on May 18th via RCA Records.  The album was written and produced by Ray LaMontagne and will feature the first single, “Such A Simple Thing.” Fans that pre-order the album through Ray’s website will be able to stream a live version of the song before its release.

In addition, LaMontagne announces his 2018 Part Of The Light Summer Tour.  The 31-date tour will start at Sasquatch in George, Washington on May 27th and end on July 10th in Denver, CO. Joining LaMontagne on the road will be very special guest Neko Case.  Starting today at 2:00 PM ET through Sunday, March 4th 10:00 PM local time, fans who pre-order the new album on Ray’s website will be given a code on Monday, March 5th to purchase tickets to the tour early.  Tickets to the general public will be available starting Friday, March 9th 10:00 AM local time at www.raylamontagne.com, LiveNation.com or the Live Nation App.