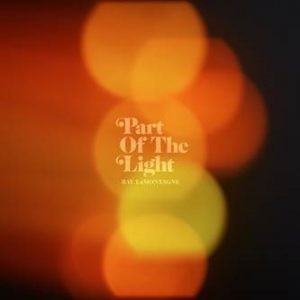 CONFIRMED TO PERFORM ON JIMMY KIMMEL LIVE ON JUNE 4TH

(New York, New York – May 18, 2018) – Grammy Award winner Ray LaMontagne releases his seventh studio album Part Of The Light today via RCA Records. The album was written and produced by LaMontagne and features the hypnotic first single, “Such A Simple Thing.”

“Such A Simple Thing” is currently building Top 3 on BDS’ AAA chart, just performed the track on BBC Two’s LATER…with Jools Holland (watch here) and was featured in last night’s season finale of ABC’s Grey’s Anatomy.  Additionally, LaMontagne is confirmed to perform the single on Jimmy Kimmel Live! on June 4th. Fans who listen to the single on Spotify on a mobile device will get a chance to see a clip of a short film created by LaMontagne’s son, Tobias LaMontagne of Zap!Film.

In support of the album, LaMontagne is set to embark on his 31-date 2018 Part Of The Light Summer Tour on May 27th at Sasquatch Music Festival and end at Red Rocks Amphitheatre on July 10th.  Joining LaMontagne on the road will be very special guest Neko Case.  For dates, tickets and more information, please visit www.raylamontagne.com.

To Listen Or Purchase Part Of The Light: