Is Here to Forever Change Urbano 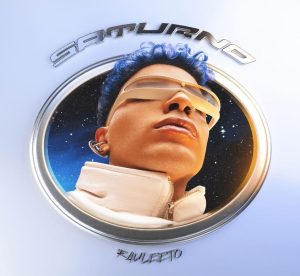 MIAMI (November 11th, 2022) – In today’s fast-paced release environment, it’s almost unheard of for an album to be more than just a collection of songs meant to fuel playlists and dancefloors. But for Saturno, Rauw Alejandro wanted to elevate the affair by crafting a true album experience–one that’s meant to be enjoyed from beginning to end.

“I wanted to take my fans on a ride through my mind, my emotions–the sounds that influenced me,” says the Puerto Ricans singer and songwriter. “This album tells a story from beginning to end.”

Right from the intro, the otherworldly sounds blend with stunning homages to hip-hop’s earliest pioneers–taking you back to the block parties in the Bronx. “For me this album is a collection of the sounds that shaped me. From early hip-hop, to freestyle, and of course reggaeton, these are the elements that make me who I am,” says Rauw.

Aside from continuously expanding the soundscapes that traditionally fit within the genre known as urbano, Rauw has even taken more of a hands-on role in producing this expertly curated offering, serving as co-producer on 18 of the album’s 18 numbers–ensuring his exact vision comes to life.

Even the name of the album has deep meaning for him. When Alejandro was growing up, his mother would often tell him he was from another planet. “I believed my mom, because I knew I was destined for something out of this world. That’s why I named the album Saturno,” says Rauw of his third album. 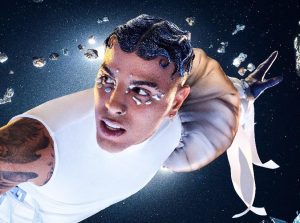 With Saturno’s already-successful singles like “Punto 40” Feat. Baby Rasta, “Lokera,” and “Dime Quién????” blowing up the charts, you can expect a steady stream of bops and bangers to flow from this album at a supersonic pace.

An otherworldly experience like this doesn’t come often. So, sit back, strap in, and let El Zorro take you on a trek to perreo’s most distant cosmos. Since the release of his first album, Afrodisíaco in 2020, Rauw has reached multiple accolades, including gold certifications, GRAMMY® nominations, and literally billions of streams. With Saturno’srelease, Rauw will soon embark on a worldwide tour which will bring his eclectic sound to the masses.