New album ‘Life By Misadventure’ out today on Columbia
Latest Single ‘Anywhere Away From Here’ with P!nk out now 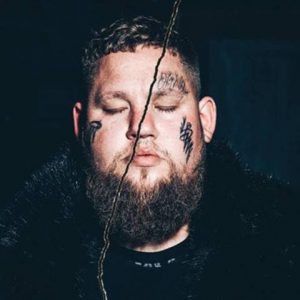 Three years after his groundbreaking, award winning debut, ‘Human’, Rag’n’Bone Man prepares to release his brand new album ‘Life By Misadventure’ – out May 7th on Columbia.

His new music has been embraced across media with the Sunday Times already declaring the record as “one of the albums of the year” and MOJO’s 4 star review noting “blossoming” songwriting. The album’s two stellar singles ‘All You Ever Wanted’, and ‘Anywhere Away From Here’(with US superstar P!nk), have also been mainstays on the Radio 1 & Radio 2 playlists, and he’s turned in all-star TV performances on Comic Relief, Later…with Jools Holland and Ant & Dec’s Saturday Night Takeaway

Rag’n’Bone Man & P!nk will perform ‘Anywhere Away From Here’ together at this year’s BRIT Awards on May 11th with the Lewisham & Greenwich NHS Choir.

His 2017 landmark debut ‘Human’ was a phenomenal success; a 4x platinum album which shot to #1 week of release in the UK, became the fastest-selling album by a male artist for the entire decade and earned him BRIT and Ivor Novello Awards.

If that’s a hard act to follow, Rag‘n’Bone Man tore up the rule book and went to Nashville to write and record what would become ‘Life By Misadventure’, returning to the UK just before the pandemic first erupted. While a dose of heavy blues and soul lives within some of these new tunes, the majority of this new album finds Rag‘n’Bone Man taking a huge step forward as an artist, a songwriter, and a singer capable of showcasing tremendous warmth and real emotion with every breath.

‘Life By Misadventure’ is the perfect tonic for these times. An album of depth and soul, about growing up and moving forward. Enjoy the trip.