QUINN XCII RETURNS WITH NEW SONG AND VIDEO FOR “STAY NEXT TO ME,” NEW ALBUM CHANGE OF SCENERY II SET FOR RELEASE EARLY NEXT YEAR 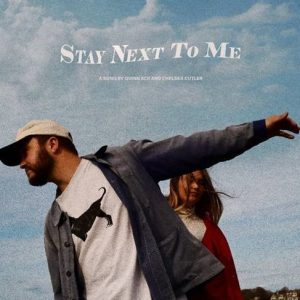 Columbia Records recording artist Quinn XCII has returned to launch his brand-new single “Stay Next To Me” featuring singer/songwriter Chelsea Cutler today. The song was co-written by Quinn XCII and Chelsea, and was produced by longtime collaborator ayokay and Hazey Eyes. “Stay Next To Me” is a flashback to nights out at the bars with friends and falling for someone you spot in the crowd, and being so infatuated with them that nothing else around you matters. In tandem with the track release, the song’s official music video has also launched today. Directed by Blythe Thomas and filmed in New York City, the visual follows Broadway star Kathryn Gallagher (Jagged Little Pill, Netflix’s “You”) and Alex Gaston on a romantic and spontaneous night, all set to a live performance from Quinn, Chelsea and ayokay.

“I’m extremely excited to release ‘Stay Next To Me’, the lead single from my forthcoming album ‘Change of Scenery II.’ This single is special for a number of reasons, but in particular because I worked on it with some of my closest friends. My childhood friend and producer, ayokay, executive produced this whole album, and the goal was to go back and channel the same inspirations and writing process that we did when we made my first EP, ‘Change of Scenery,’ in 2015. Chelsea is like a little sister to me. She and I have worked on a number of songs together and have also spent months on the road with one another touring our music. Hazey Eyes who co-produced this song also produced ‘Flare Guns’ and ‘Coffee’, some of my most well-known releases. Together, all four of us made ‘Stay Next To Me’, a record I believe will last long in the hearts of our fans.”

“’Stay Next To Me’ is personally my favorite song Quinn XCII and I have done together. It’s always amazing working with him, but it’s especially a privilege to be on this one. I can’t wait for everyone to hear his whole album!”

Change of Scenery II is set to launch in early 2021, over 5 years after his debut EP Change of Scenery was released. The album was created in Newport, RI where Quinn XCII tucked himself away in a house with ayokay and a bunch of his earliest collaborators, turning the living room into a home studio and living in the creative space. They found themselves on a creative roll and before they knew it, they had an album on their hands. Watch the trailer for the “pretty f***ing fire” new album here.