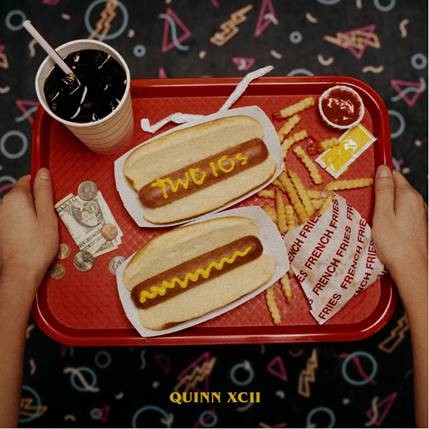 Quinn XCII returns today with his new single “Two 10s” today via Columbia Records. “Two 10s” is the first taste of Quinn XCII’s upcoming third album on Columbia Records, which is set for release later this year. Along with the song, he also released the official video, directed by Symone Ridgell. The song was co-written by Quinn XCII alongside Jorgen Odegard (The Chainsmokers, Julia Michaels), Wayne Serman (Imagine Dragons), Andrew Tolman (The Moth & The Flame), and JT Daly (Paper Route).

“A lot of my upcoming album, as with my last single Stacy, is inspired by nostalgia – from the topics, to the sonics,” Quinn XCII says. “My newest single “Two 10s” is about asking your parents for $20 as a kid to go hang with friends, and feeling like you were rich and could do anything with it. The song has a vintage feel and I’m experimenting with a lot of new sounds and textures that I’m really excited to bring into this next album phase.”

“Two 10s” follows the release of Quinn XCII’s previous single “Stacy.” The track was also co-written by Quinn XCII and has accumulated over 40M streams to date.

Quinn XCII, who is featured on MAX’s Gold certified track, “Love Me Less,” is set to have his biggest year yet as he recently achieved a spot in Rolling Stone’s Breakthrough Artists and as he prepares to release his new album. Over the last 5 years, he has consistently grown his audience and expanded his crowd, currently drawing over 6.5 Million monthly listeners on Spotify, over 1.2 billion streams worldwide, playing major music festivals across the globe, and connecting with over 300k social media followers.