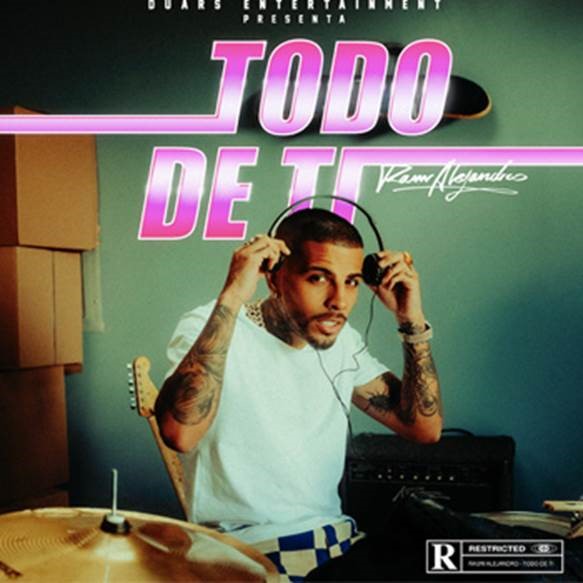 MIAMI (May 20, 2021) – Great artists know no limits. They’re not afraid to experiment. Enjoying success within the confines of a specific genre will never hold them back. When talent flows freely, all styles are welcome in the art of creating beautiful melodies.

At only 28 years of age, Puerto Rican rising star Rauw Alejandro is ready to surprise and delight his millions of fans with “Todo De Ti,” an exuberant single that momentarily sidesteps the reggaetón and urban aesthetic that elevated him to international stardom.

A song that could easily become this summer’s anthem, “Todo De Ti” delivers a sensuous slice of dance-pop for sophisticated palates. Produced by Mr. NaisGai, it echoes James Brown, Bruno Mars and the pervasive nostalgia of ‘80s dancefloors. The song is paired up by an atmospheric video directed by helmer Marlon Peña, boasting a guest appearance by basketball legend Shaquille O’Neal. A video that showcases both Rauw’s dancing abilities and his natural charisma.

“I like things that are different – I am not afraid to try new things” exclaims Rauw with the same spontaneity that defines his music. “My first album, Afrodisíaco, focused on my musical roots. But I would never want to limit myself to a single genre. I was in Puerto Rico and thought of experimenting with some creative sounds, crafting a single that would be perfect for the summer.”