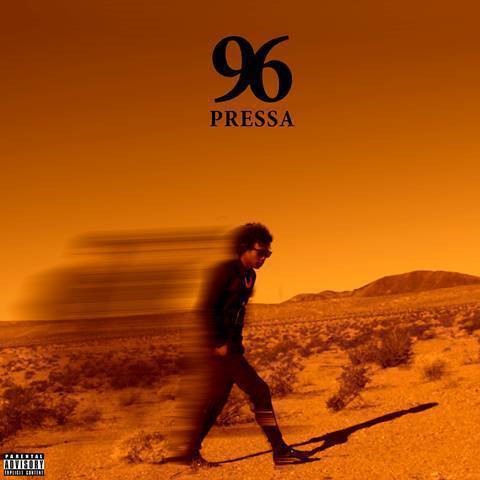 (May 12, 2020) – Pressa releases the song and video for “96 Freestyle,” today. The Canadian rapper, born in 1996, takes listeners through a story of adolescence in Toronto, with a catchy hook and smooth flow. Pressa wrote and recorded the track in LA with its producer and co-writer Bluxz (Killy, Cassow). The accompanying video for “96 Freestyle” premiered today on Complex, watch it HERE. Directed by Genreshoots, the video is a slick, elevated visual, showcasing the rapper’s confidence and personal style. Pressa says, “I was just out in Vegas having fun. I was chasing the sunset, living my dream and enjoying life.”

“96 Freestyle” follows the success of “OTM” – a track Pressa released earlier this year. “OTM” accumulated over 900K YouTube views on the official video and 2M combined streams WW across Spotify, Apple and Amazon, watch it HERE. Pressa is currently working on new music and a documentary, with plans for release later this year, and continues to wear the crown for “who got next,” in Toronto.

Coming to the attention of rap fans by tallying up millions of YouTube views on early tracks like 2016’s “Deadmihana,” Pressa made his mark with the inimitable mix of his street-oriented lyrics, a knack for melodic hooks and high-pitched voice. Pressa’s notoriety has also been inextricably tied to the historically stigmatized Driftwood neighbourhood in the Jane-Finch area of northwest Toronto where he grew up as a youth, which has faced significant structural barriers. Emerging from the challenges indelibly ingrained in his immediate environment with his father and brother being incarcerated, Pressa, born Quinton Armani Gardner, has explicitly drawn on the resilient and tightly-knit neighbourhood for inspiration while vowing to succeed against the odds. The loss of his childhood friend Wassi inspired him to pick up the mic, and since then has quickly applied an enviable work ethic.

As well as issuing a slew of collaborations alongside everyone from Canadian uber-producer Murda Beatz, UK hip-hop don, Giggs, Lil Uzi Vert, and Tory Lanez, Pressa has been on the grind, steadily issuing the mixtapes Press Machine, Press A Brick and 2019’s Prestige, and touring with Drake and the aforementioned Lanez. Focusing on delivering ‘powerful messages’ through his lyrics, Pressa is poised to deliver new music in 2020 that resonates with his fans. “96 Freestyle,” produced by Bluxz (Killy, Cassow), showcases Pressa’s slick, elevated flow while giving listeners some insight into Pressa’s journey from when he was born, in ’96, to now, and is a strong indicator of what is to come.