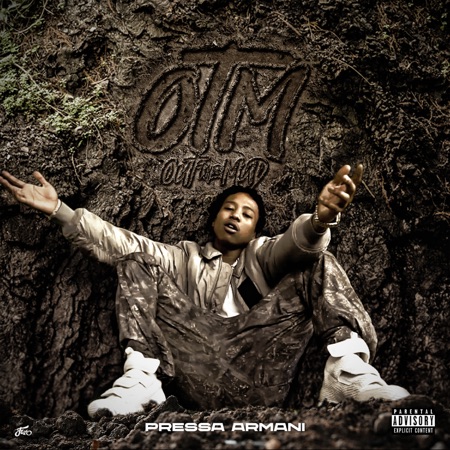 Today, Toronto-born rapper Pressa drops the song and video for “OTM,” for his fans. Listen to the track HERE. The official video premieres tonight, exclusively on WorldStarHipHop, at 10pm EST.

“OTM” highlights the rapper’s recognizable flow and cadence, with his signature high-pitched and braggadocious bars. The video, shot in L.A. by director Be EL Be (Rich Gang), showcases Pressa’s urban street style and fun, youthful energy. Be EL Be speaks to the message of resiliency in the song by saying, “getting it ‘out the mud and throwing it in their face’ to me, is a metaphor. Starting with nothing, and using just that to rise to the top.”

The release of “OTM” marks the start of a new chapter in Pressa’s career. Focused on delivering new music with a powerful message, Pressa is intent on altering naysaying perceptions and silencing the doubters. “I believe I can do anything I put my mind to, so if I have to go get it out the mud just to throw it in your face to show you I can, that’s what I’m going to do,” says Pressa. Pressa recently had his debut live performance in the U.S. at Rolling Loud Los Angeles 2019, and was just announced as a performer for Rolling Loud Miami 2020 (May 10th) and Rolling Loud Portugal 2020 (July 8-10th). Stay tuned for more performance date announcements.

ABOUT PRESSA
Born Quinton Armani Gardner to Jamaican and Filipino parents, Pressa — whose moniker derives from his father’s nickname Prestige— is a third generation Jane and Finch resident. Jane and Finch is an inner city community located in northwest Toronto that helped shape Pressa’s childhood and rhymes. His rise to fame began in 2016 with his debut track release “Novacane,” produced by frequent collaborator Murda Beatz. In 2017, he released “Canada Goose,” featuring Tory Lanez, and garnered over 13M global Spotify streams. That same year, Pressa solidified his place in the rap game by opening for Drake on the European leg of his 2017 Boy Meets World Tour. More recently, Pressa collaborated with viral rappers Shy Glizzy for their track “Blood Bath” and Lil Uzi Vert on “420 in London.” Pressa’s previously released discography has over 62M Canadian combined streams and he is currently working on new music scheduled for release this year.