Hailing from Toronto’s Driftwood neighborhood, melodic rapper Pressa has solidified his presence internationally. Gearing up for release of seven new tracks including visuals part of a full-length Deluxe version of the highly successful Gardner Express EP, Pressa delivers fans a taste of what is on the horizon with the all new track “Second Hand Smoke”. The track and video display a full showcase of Pressa’s unique ability to craft hit tracks encircling street-oriented lyrics, a notable specialty of Pressa. Building on insatiable requests for more, there is no question Pressa’s global influence has resulted in a never-ending appetite for what is to come. “Second Hand Smoke” follows the incredible success of the Canadian Gold Certified “Attachments” Ft. Taliban Glizzy which has garnered over 15M streams Worldwide. The newly featured Coi Leray rendition of “Attachments” so far has earned over 2.5M streams and over 1M YouTube views within one week of release. Fundamentally “Second Hand Smoke” is sure to impact audiences worldwide sonically whilst delivering an authentic message. 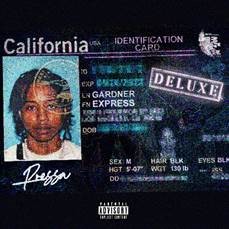 With a title that references Pressa’s last name (Gardner) and the Gardiner Expressway, a major highway running through the downtown core of his hometown, Gardner Express is home to multiple high profile collaborations, including“ Head Tap” featuring Brooklyn drill rappers, Sheff G and Sleepy Hallow (7.5+ million combined streams) and “Blackberry Zap” ft. Jackboy (7.8+ million combined streams). The EP features additional appearances from Flipp Dinero, D Block Europe and Taliban Glizzy. With over 46 million combined global streams across platforms and coverage in outlets like Complex, HotNewHipHop, and Apple Music 1 w/ Ebro Darden, Gardner Express is a deeply personal, speaker-knocking project from one of the hottest emcees north of the border.

In February, Pressa shared a creative concert film that showcased the music of Gardner Express. Stay tuned for much more from the buzzing young emcee in the coming weeks and months, including more high profile collaborations and music videos.