PRE-SAVE THE ALBUM AND EXPLORE THE WORLD OF PLAYGIRL AT playgirl.lolozouai.com 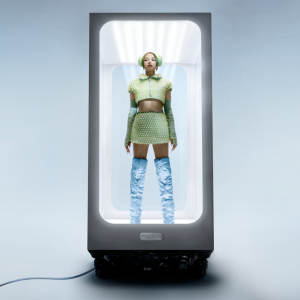 Lolo Zouaï has been giving fans a sneak preview for months, previewing new material on the road as the opening act for Dua Lipa on the Future Nostalgia Touracross North America. Today she announces the impending arrival of her epic new studio album, PLAYGIRL, out October 14 via Keep It On The Lolo/RCA Records. The 13-track LP has a curated tracklist and mood with everything from internet fantasy to club bangers to ethereal jams to offer up a dynamic listening experience. Today the pop phenom shares a brand new track of the same name, stylized “pl4yg1rl,” reminiscent of a y2k e-girl dance pop record. Along with the single, Zouaï has released an interactive pre-save website to give her fans a taste of what’s to come.

“pl4yg1rl” is a flip on one of my favorite Too $hort songs” says Zouaï. “I call it hyphy-pop. This single is the intro to PLAYGIRL and really sets the tone for the album to feel fun and interactive. So get your headphones lock up the bedroom door & log on to www.pl4yg1rl.com

PLAYGIRL is the second album to come from Zouaï, following her 2019 debut, High Highs to Low Lows  that racked up over 250M streams worldwide and saw press love from Vogue, Pitchfork, Office, DAZED, Paper, MTV, i-D, Grammy.com and more. Playful, passionate and bold, Lolo’s new era invites fans to follow her into her digital-arcade world of PLAYGIRL and dive through the record’s visceral pop. Embracing the different sides of her sound, Lolo has developed 3 Playgirls that are represented through the music – blending R&B with hyper-pop with flashes of 2000’s hip hop, Lolo wants to show how femmes in pop media  – Playgirls – can have control over their work, their sound, their sexuality, their message, and their image. This new single “pl4yg1rl” follows the release of summer highlights “Blur” and “Give Me a Kiss”.

Lolo Zouaï is an artist with many facets, fluent in French being one of them, often found flexing her fashion muscle as a frequent muse and collaborator with iconic brands such as Dior, Nike, COACH, Reebok, Ralph Lauren, YSL, Tommy Hilfiger, Margiela MM6, and more. Last year, her musical success was highlighted as she boasted a nomination alongside Lil Nas X, Saweetie, and more for Best International Pop Video at the 2021 UK MVA’s for the official music video of her single “Galipette.”  One who combines multiple styles, genres, and sometimes even languages (French, Arabic, and English), the pop phenom is poised to make noise well into 2023 and beyond! 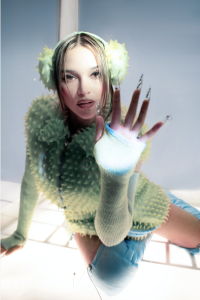 FOR MORE ON LOLO ZOUAÏ