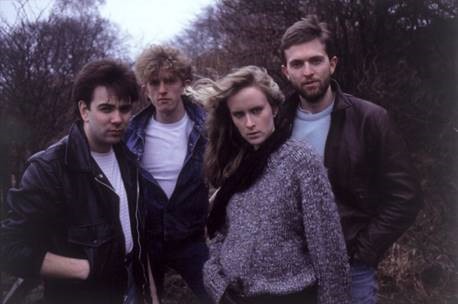 Off the back of the incredible latest album I Trawl The Megahertz, Prefab Sprout have announced exciting release plans for remastered vinyl versions of three of the band’s classic albums along with their incredible greatest hits collection A Life of Surprises: The Best Of – out September 27th. From the remastering and artwork, to sourcing new images, the project has been fully orchestrated by both Paddy and Martin McAloon.

The releases include Prefab Sprout’s debut album Swoon – a complex collection of songs that announced the band’s idiosyncratic style in an explosive way, as well as their third album From Langley Park To Memphis, containing their biggest hit “The King of Rock ‘n’ Roll” along with one of the best pop anthems of the 1980s – “Cars And Girls”. The album also features contributions from Stevie Wonder and Pete Townshend.

The band will also include the release of Jordan: The Comeback from 1990 as a double LP for the first time internationally. This is an expansive album that draws on a huge breadth of influences and includes “Wild Horses,” which was not a single, but has grown to become one of the band’s best loved tracks.

Finally, the fourth part in this batch is the band’s hit collection, ‘A Life of Surprises: The Best Of’ which is available as a double LP for the first time.

The full package comes remastered and available as digital versions. LPs are available for pre-order HERE Format details below:

Here On The Eerie

Couldn’t Bear To Be Special

From Langley Park To Memphis (Remastered)

The King Of Rock ‘N’ Roll

Nancy (Let Your Hair Down For Me)

The Venus Of The Soup Kitchen

We Let The Stars Go

All The World Loves Lovers

All Boys Believe Anything

One Of The Broken

A Life of Surprises: The Best Of (Remastered)

The King Of Rock’n’ Roll

When Love Breaks Down

The Sound Of Crying

We Let The Stars Go

If You Don’t Love Me

All The World Loves Lovers