“HOPEFUL” AND “GIRLS” AMONG OTHER NEW SONGS 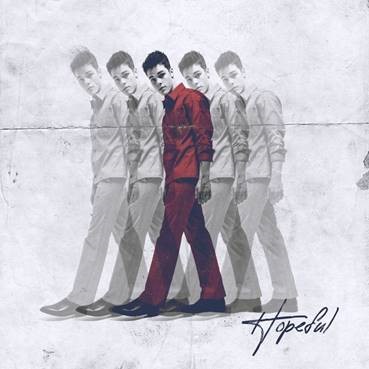 (July 23, 2018 — Los Angeles, CA) —Epic Records’ rising Pop/R&B singer/songwriter AJ Mitchell released his major label debut EP Hopeful, the 6-track release available at all digital retailers, on Friday. Get it HERE! The 17-year-old AJ pulls out all the musical stops on his inaugural effort, displaying his dynamic vocal range on sultry dance gems and two standout ballads that hypnotically capture the listener’s heart.  Whether it’s the effervescent title track, “Hopeful,” propelled by AJ’s sexy vocal shadings and percolating groove, or the flirtatious crescendos of the buoyant “Girls” and island-influenced “High Like You,” two singles released last month, the luminous EP connects from first song to last (see track listing below).  Penning/co-writing songs himself, he also flexes a stunning vocal command that belies his age on the heart-stopping ballad “I Don’t Want You Back,” and the EP’s breathless closer, “My Lover, My Friend.”

AJ’s rhythmic cadences enrich every production.  He can move from bopping basslines, to the booming undertow of 80s-evoking synths or evocatively work the spartan edges of a rawer song like “Hate That I Love You,” with Prince-like funkiness.  The EP is also boosted by top producers, including Romans (Mary J. Blige, Alicia Keys, John Legend) on “Girls,” Andrew Wells (5 Seconds Of Summer, Fall Out Boy) on “Hate That I Love You,” and Halatrax (Selena Gomez, Carly Rae Jespen, Sabrina Carpenter) on “My Lover, My Friend.”  AJ views the aptly titled Hopeful as a reflection of the determination it’s taken to make his music dream come true.  “I guess being Hopeful has kind of been the theme of my whole journey in music so far,” he says.  “Putting out this music is something I’ve been Hopeful about for a while. I’m excited the day has come to share it with my fans.” Showcasing many of the EP’s songs during a flurry of promotional events in July and August, AJ will be celebrating the release of his Hopeful EP with an official LA showcase performance at the El Rey Theatre on July 25.

Hailing from Bellville, Illinois, AJ gravitated towards music at an early age, sharing his talent on social media with acclaimed short form videos and cover versions.  He initially posted videos to get feedback ‘from other people than my parents,’ he says, but at thirteen his following blossomed.  He moved to Los Angeles, CA, in 2016 to pursue a music career full-time, releasing the self-penned, bittersweet single “Used To Be” in 2017. Other songs followed, “Somebody,” and “Mind,” showcasing his multifaceted range and silky vocal style all his own.  With over 35 million streams under his belt and his Epic Records debut EP kicking off the next exciting chapter of his career, the music world is more than ‘hopeful’ that AJ Mitchell has staying power.

Hopeful EP Track list:
Girls
Hate That I Love You
Hopeful
I Don’t Want You Back
High Like You
My Lover, My Friend